We met Danny Avila for the ‘Sagrada Familia’ release

Hello Danny, how are you ?
Danny Avila: I’m happy. I’m in a very great place. I’m really excited to go back on tour and to play all these shows. I’m very happy and excited for summer.

We saw a big change in your style lately, haven’t we? Tell us, how come you got pulled deep into the dark techno sound ?
[DA]: I know it may seem like a crazy transition, but I have been DJ’ing for about 12 years, I started when I was 14 or 15, and back then I was playing pure and 100% underground stuff, like 3-4 hour sets in Ibiza at Blue Marlin or Pacha. I used to play shows in Spain when I was 14 / 15 and I was just playing underground stuff. So after 12 years of DJ’ing and just playing a lot of different sounds and music, I wandet to do something that just felt real to me but also made me 100% satisfied. I came to a point in my career that I was doing things that I didn’t really love so much anymore. So I kind of needed a restart, I wanted to start doing things from scratch, things that make me truly satisfied. It was just like an honest decision to myself, because I just wanted to do it that way.

What was your connection with techno before you started playing with it ?
[DA]: I have always been into techno. That was actually the first genre I discovered when I started DJ’ing. Actually it was not pure techno, it was more tech house orientated. I remember Toolroom was my favorite label when I was 14. Fedde Le Grand, Mark Knight, Funkagenda and all these guys were absolutely like my idols for me, so those where my very first influences. But then it developed into different directions and after 12 years I figured out more or less the path I wanted to take.

You already had some insane shows with this new sound and many more to come! How did the crowd and your fans react to this new Danny ?
[DA]: Well, it’s been surprising but I think the shows have been so much fun and I think the crowd had a great time. It makes me very happy to see the people actually enjoying the new sound and all the music that I’ve been making for the past 2 years since the pandemic started. It’s a great feeling to see that, 100%.

We heard that you are also starting your very own Mainstage Techno Music label, right ? Tell us more about it. What do you plan to unleash with it ?
[DA]: Well, the first track of Mainstage Techno Music is going to be “Sagrada Familia“, which is actually the first single. The idea is to do the first singles of the label just with my own music, I want to do like four, five or six releases for the new label. But the whole idea and reason I started with it is that I was receiving so many amazing records and promos from so many producers that didn’t really have a home. So I was like, it is not that I wanted to create something crazy from scratch or create like some huge, I wanted to give those records a bit of a home and create a bit of a community to start building certain profiles and to build a community that we can enjoy great music all together.

What does a day in the studio look like for you ?
[DA]: To be honest, every day is kind of similar to me. I wake up, I have breakfast, I go to the studio for six hours, I go to the gym, I come back, go to the studio for another four hours and then I go to sleep. And that’s pretty much what I do. I live in Madrid, in the outside part of Madrid, where I have my house and I’m making music every day. I don’t do anything besides really, just being in the studio listening to records and making tracks, making ideas. That’s my life and it’s been like that for many years. So it’s only one of the few things that I can do with a big smile on my face. So it is just natural to me.

Making such iconic music takes a lot of inspiration, doesn’t it ? Tell us how you get yours.
[DA]: Normally I get inspiration by just listening to many different records on a daily basis. But I have to be honest, during the whole pandemic it was kind of hard because normally when you’re in the studio making music, you make those records, you play them on your next show and you see the reaction of the crowd. But during the pandemic you could not see the reaction of the crowd because you couldn’t play shows, so it was kind of difficult a little to get the inspiration. But now that everything is going back to normal and I’m playing shows again it is a bit easier. I just get inspiration by listing to music, playing shows and traveling. For some reasons traveling also inspires me a lot. When I’m alone in the plane, alone on the airport and hotels I get very creative. That’s where I get my inspiration from.

Whats next for Danny Avila? Any big plans you would like to share ?
[DA]: There are many plans actually. I’m in the most exciting stage of my life and my career because I have something that I’m just really excited to share which is obviously Mainstage Techno, which is the label and of course the shows where I am playing 50% or 60% of my own music that I’ve produced during the past two years. There is a whole amount of things that are coming, a lot of great shows in the summer, there is the new label and many more things to come, so I’m super excited.

Any message for all your fans and Prysm listeners ?
[DA]: Yes ! Thanks for supporting me, my music and thanks for supporting me on this journey. You know, this is a very exciting time in my career and I’m just really excited to see you all hopefully soon somewhere around the world for a Mainstage Techno show! 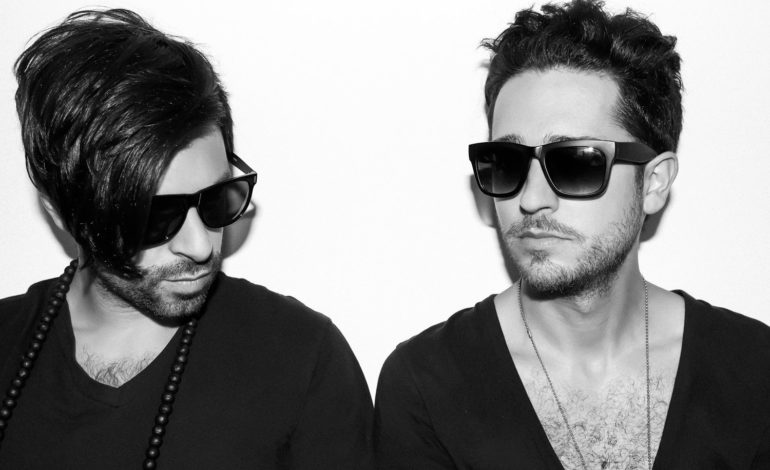 Bedouin reveal lineups for a 20 weeks residency at Pacha