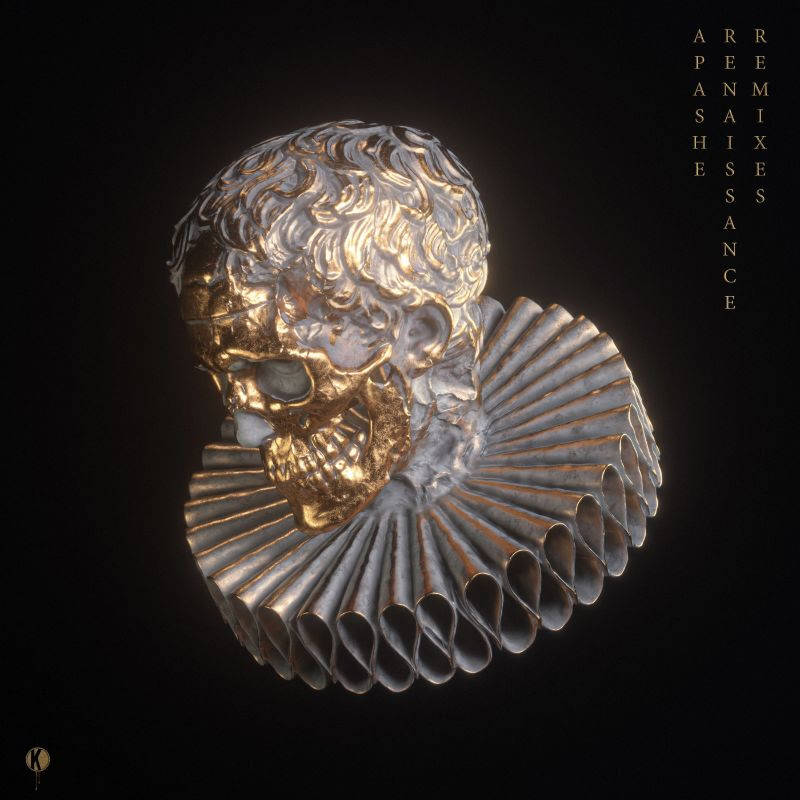 Apashe has returned with his highly-anticipated 28-track Renaissance remix album, featuring reworks from industry heavyweights including Two Fingers (Amon Tobin), Kai Wachi, Vanic, Riot Ten, Qrion, and Matroda, to name a few. Celebrating nearly 40 million streams on the project, the new LP directly follows the recent batch of ‘Distance’ and ‘Insane’ remix EPs and is out now on Kannibalen Records, available to listen to across all streaming platforms.

The ‘Distance’ remixes feature exciting reworks from Volac, KOAN Sound, Buunshin, Macky Gee, and Pushing Daizies, all of which introduce new aspects to the tune that truly make it stand out from its source material. Kai Wachi, BIJOU, Varien, and BILLYTHEKID also lend their unique signature sound to the ‘Insane’ remixes, with each possessing powerfully commanding, newfound sonic tones.

The full Renaissance LP kicks off with a magnificently executed two-minute piano rendition of ‘Overture’, performed by renowned composer and member of Canadian indie pop band Half Moon Run. The ‘Distance’ remixes take the reins next, and are followed by several reworks of ‘Behind My Eyes’ from Vanic and Clockvice. Established New Westminster-based talent Vanic transforms the tune into a heavy-hitting romp, re-configuring it into a glitchy, sonically discordant masterpiece, that works perfectly in conjunction with the flowing vocal cut. The U.K.’s Clockvice maintains much of the same high-octane energy, but instead opts for a slower, more cinematic approach that, at first, takes its time to settle in before audibly unleashing in full-force.

Next on the LP is the VIP remix of ‘Uebok’, a drum and bass opus that lends itself well to Instasamka’s propulsively driving vocals, along with a unique music video edit featuring animated bears. Two Fingers, also widely known as Amon Tobin, provides a ruthlessly fierce rendition of ‘Uebok’, setting forth a sonically intense endeavor rife with an energy that doesn’t let up. Chilean producer, YMIR’s rework takes its time in building a palpably raw tension and finishes with a heady conclusion that boasts chopped, glitchy dubstep production elements alongside a hushed, mellow vocal cut. Russian drum and bass collective Russian Jump Up Mafia round out the ‘Uebok’ remixes in a wholly new manner than any of the rest, instead infusing the track with a driving drum and bass beat that pairs flawlessly with the equally energetic Instasamka.

Croatian powerhouse Matroda follows with his take on ‘Good News’, turning the brooding original source material into a certified tech house rinser. INHUMAN switches things up with his ‘Good News’ rework, imbuing the track with heavy basslines and an intoxicating sonic profundity. Lastly, Montreal-based Timour Leng finishes off the batch of ‘Good News’ remixes on the LP, placing a central focus on atmospherically cerebral bass.

Apashe has had quite the year, with his 13-track Renaissance album and its recent live-streamed visual component for League of Legends mid-season celebrations, Renaissance Live, serving as key milestones. Other noteworthy pivotal points worth highlighting include his performance at the Toboggan Festival at Jacques-Cartier National Park last December, as well as his featured Mozart remix in Disney’s Raya and the Last Dragon trailer. In all, fans and listeners can look forward to even more from Apashe moving into 2021 and beyond. 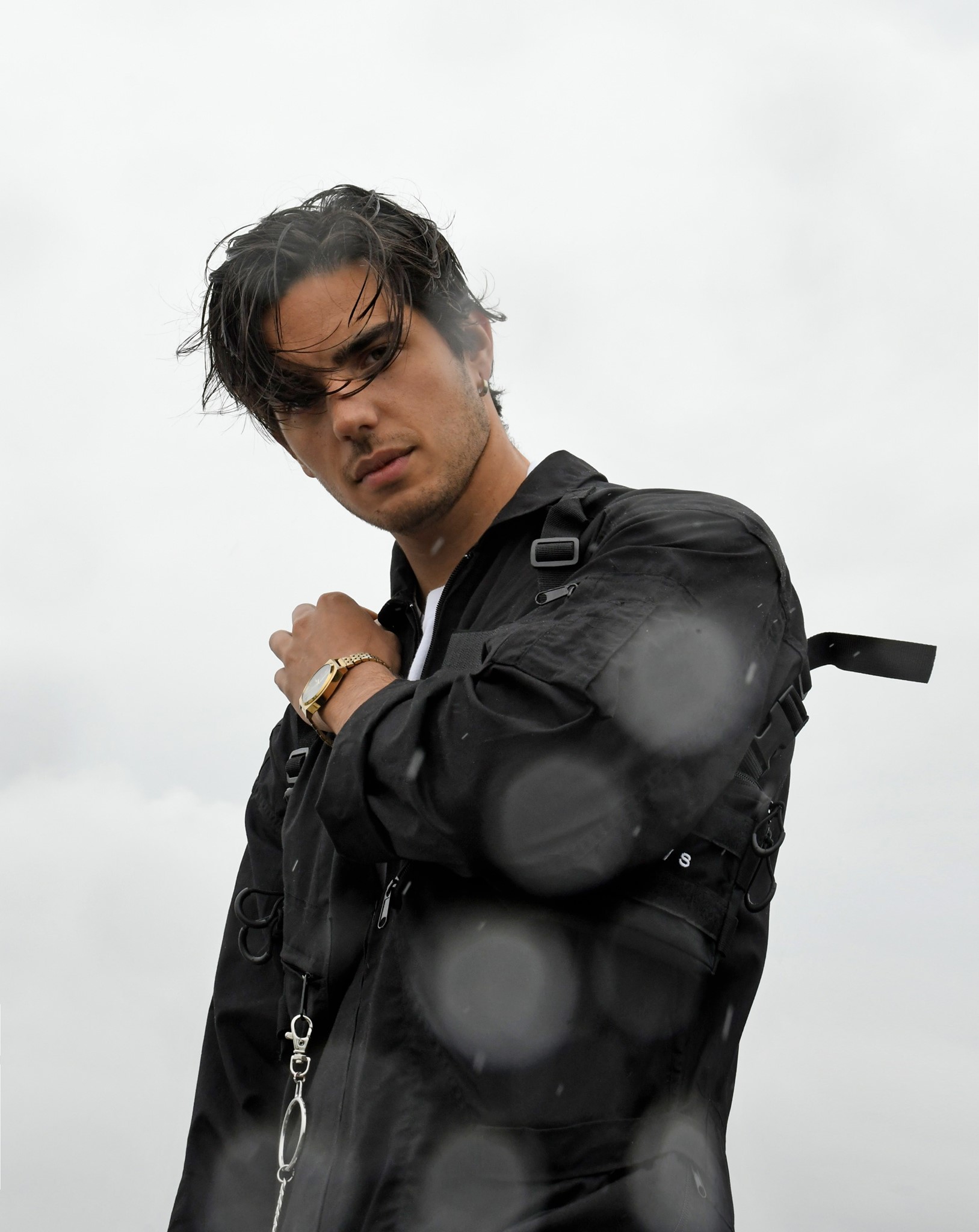 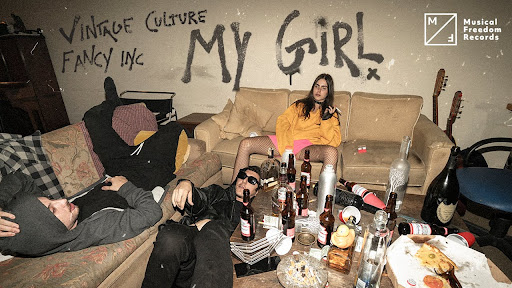 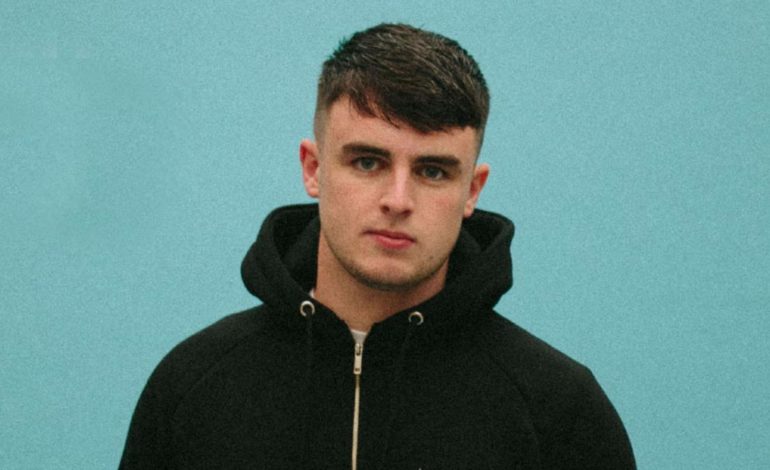