ULTRA Worldwide today announces further expansion to Road To Ultra’s famed parties across Latin America, with brand new editions in Bolivia and Peru, and a return party in Paraguay all confirmed for October 2015. In addition to these ‘Road To…’ events, the ULTRA organizers have also now confirmed that the ULTRA Chile festival will be returning to Santiago de Chile for its third consecutive outing on October 10, 2015. For a taste of what is to come, check out the ULTRA Chile 2014 Aftermovie below!

Having already hosted mammoth events in Thailand and Macau this year, and with Singapore also confirmed for September 2015, the Road To Ultra franchise will be spreading its influence further across Latin America later this year, where it will be touching down in Bolivia’s largest city, Santa Cruz de la Sierra, at the gigantic Estadio ‘Ramón Tahuichi Aguilera’ on Saturday, October 3. Promising the same level of world-class talent and production as ever, Road To Ultra Bolivia will have Ultranauts flocking from far and wide for what will be a historic night to remember. Tickets for Road to Ultra Bolivia will be going on sale in July.

Heading out west to the Pacific coast, Road to Ultra will then be plunging down in Peru’s capital city, Lima, on Friday, October 7. Fans can expect to dance from night until dawn at the oceanfront outdoor Explanada Costa Verde space, enjoying performances from some of the world’s finest acts, which will soon be announced. To round off the tour, Road to Ultra will be returning to Paraguay for its second outing, following a hugely successful debut in 2014, which saw over 13,000 attendees dance to the beats of Steve Angello, Afrojack, Dash Berlin, Nervo and many more. This year’s event will once again be held at the spectacular Rakiura Resort in the historic city of Luque. Tickets for Road to Ultra Peru and Paraguay will be going on saleMonday, July 6.

Last but by no means least, ULTRA Chile will be returning to Santiago, the nation’s capital and largest city on Saturday, October 10, for its third consecutive annual edition at the impressive Ciudad Empresarial. Last year’s festival welcomed acts including Armada Music label honcho Armin Van Buuren, the “king of techno” Carl Cox, Swede, Steve Angello and many more. Tickets for ULTRA Chile will be going on sale Wednesday, July 1.Across all three Road to Ultra dates in Latin America and ULTRA Chile, fans will experience a diverse array of the world’s most sought after electronic talent, the most technologically advanced stage designs and the very finest festival productions to be found anywhere on the planet. The lineups for each event will be unveiled over the coming weeks and months. Stay tuned to ultrachile.com and roadtoultra.com for further details. 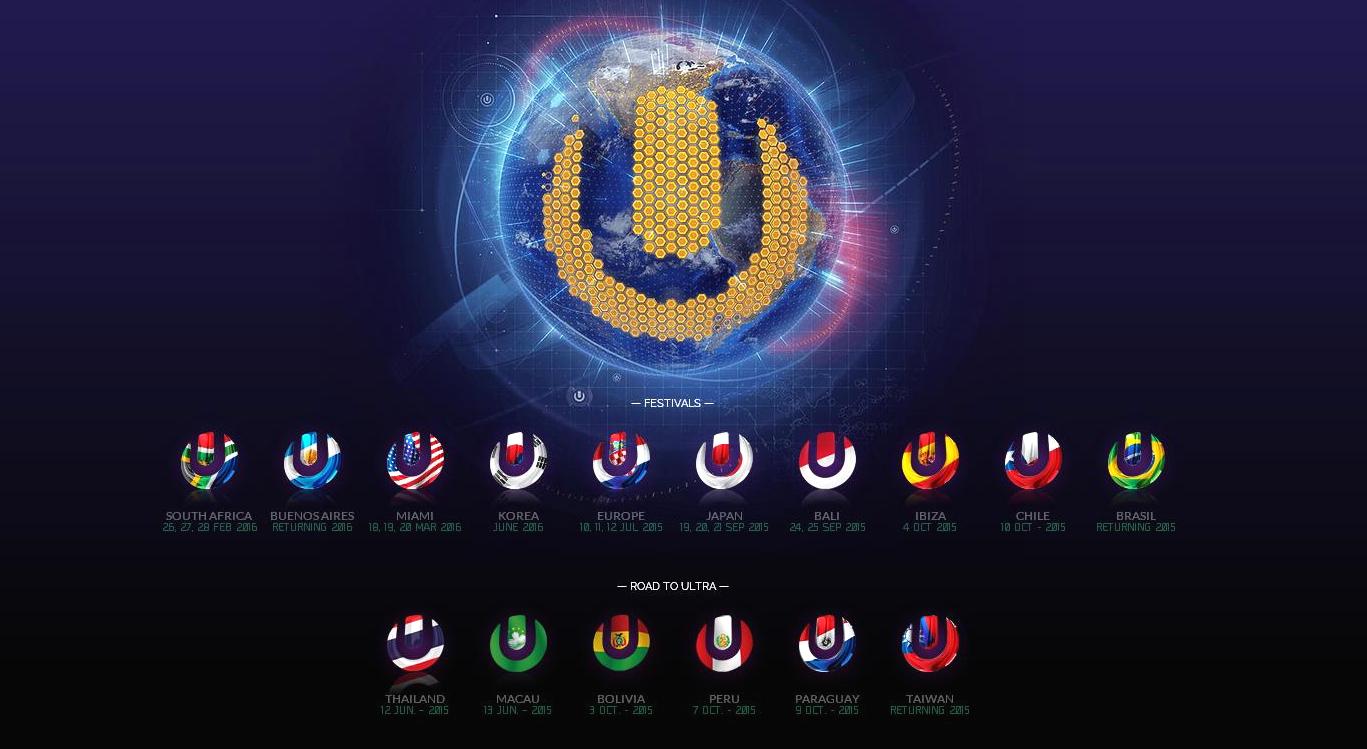 ULTRA WORLDWIDE, producers of the award-winning ULTRA MUSIC FESTIVAL in Miami, launched a new event concept early in 2012 appropriately named, ‘ROAD TO ULTRA.’ Since then, RTU’s have landed in THAILAND, KOREA, JAPAN, TAIWAN, MACAU, COLOMBIA and PARAGUAY with more confirmed for 2015 in BOLIVIA, PERU and SINGAPORE.

Road to ULTRA events are single-stage events with the same focus as the ULTRA Worldwide festivals. Each event showcases cutting-edge stage production including world-class visuals, lighting, kryogenics and pyrotechnics. Stage designs are developed by the ULTRA Music Festival creative team and adapted to accommodate the needs of both indoor and outdoor venues.

ULTRA Worldwide is already the most international electronic music festival brand by far (with festivals on five continents including AFRICA, SOUTH AMERICA, EUROPE, ASIA and NORTH AMERICA), but with the addition of the Road to ULTRA concept, ULTRA has truly raised the bar. The RTU events continue to drive ULTRA apart from the competition by offering one-of-a-kind experiences to electronic music fans in even more regions around the world. 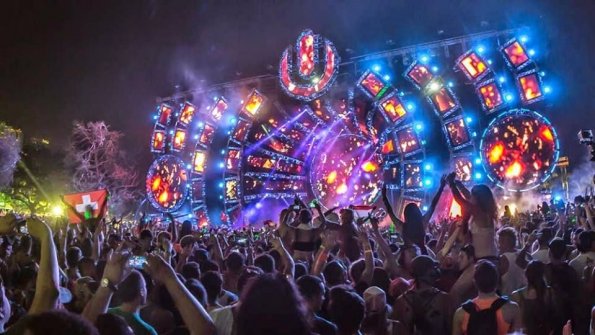 ULTRA WORLDWIDE is the global edition of the World’s Premier Electronic Music event, ULTRA MUSIC FESTIVAL.
The ULTRA brand was founded in 1997 by Executive Producer, President & CEO Russell Faibisch, and began producing electronic music events in South Florida, which led to the inaugural Ultra Music Festival in 1999 on the sands of Miami Beach.

Over the past seventeen years, literally thousands of the world’s most iconic DJs, producers and live acts have mesmerized audiences with awe-inspiring sets at ULTRA festivals in ARGENTINA, BRAZIL, CHILE, CROATIA, IBIZA, JAPAN, KOREA, SOUTH AFRICA and of course MIAMI, as well as ROAD TO ULTRA events in CHILE, COLOMBIA, PARAGUAY, SEOUL, TAIWAN, THAILAND, TOKYO, USA, and now forthcoming events in BOLIVIA, BRAZIL, MACAU, SINGAPORE as well as ULTRA BEACH – BALI. Each and every new global edition is founded on the same successful recipe that has been perfected over seventeen years in Miami, combining the most diverse electronic talent with the most technologically advanced, large-scale festival productions in the world.

In addition, the ULTRA brands pioneered the live stream experience, ‘ULTRA LIVE’ (whereby the festival is brought online to over 20 million unique viewers globally) and the audio broadcasting platform ‘UMF RADIO’ (syndicated to FM Radioin over 42 countries and reaching more than 22million listeners weekly). Also ‘UMF FILMS’ collaboration with FINALKID has seen some of the most visually breathtaking festival aftermovies in the music space, including a feature-length documentary exploring the latest explosion of dance music, entitled CAN U FEEL IT, which premiered at the Ultra Music Festival, Miami 2012 and was exhibited in over 500 theaters across the Unites States.

In 2014, the ULTRA and ULTRA WORLDWIDE brands continued to push the boundaries, bringing an unparalleled combination of cutting edge production and the world’s best electronic acts back to previous strongholds and new frontiers across the globe. With its most recent new festival editions breaking records in JAPAN in September 2014, SOUTH AFRICA in February 2015 and KOREA in June 2015, and with the addition of the many new ROAD TO ULTRA events, the ULTRA brand has now united SIXTEEN COUNTRIES across FIVE CONTINENTS worldwide. 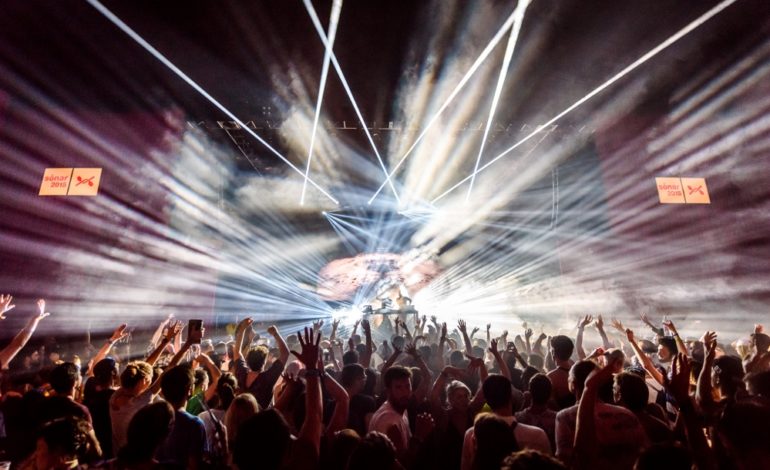