What happens when Dubfire, half of Deep Dish and one of the true master of Techno, meets inter-genre, dub, ambiant, techno producers Dadub ? They talk melting of styles, danger of pigeonholes and the evolution of production. When artists interview artists, the tongues gets loose, the tone gets fresh and that is why Dubfire shot those three questions to the duo act, in an exclusive interview for Prysm Radio.

Dubfire – Judging from your moniker, I assume that you guys are fans of “dub” music? How important are the roots and foundations of “dub” to your sound and, to a larger extent, electronic music?

Dadub – “Dub” music has a large influence on our sound, but we are not interested in reproducing its specific aesthetic. It already exists and has its own story that we deeply enjoy and respect. The core of our interest in “dub” lies in the importance attributed to the advanced elaboration of an initial sound recording that is processed through custom effects, resulting in the discovery of new sonic textures and rhythms that would be impossible to achieve with traditional or commonly accepted techniques. We are extremely fascinated by “dub” in terms of its approach, attitude and innovation potential when applied to standardized musical genres. We use techniques and strategies that were made popular by “dub” masters, bending them to our needs and trying our best to evolve or using them as a horizon of possibilities; rather than doing an atypical copy / paste, emulating the sound of “dub” sirens and delays or using it as a superficial gimmick. When our sound is defined as “Dub Techno”, to us it’s not as if it is inked to a specific genre. Rather it says much more about the average culture and lazy preparation of music journalists than the actual sound of our productions or live performances. The word “dub” should be interpreted not as a label that defines boundaries, but more as an intent to break rules and already established techniques.

Dubfire -You have quite a diverse sound, running from “ambient” soundscapes to “dub” as well as the tougher shades of “techno”. What is it about “techno” music that inspires you?

Dadub – That depends on what we intend for “techno” music: if we are talking about a 909  or 808 straight kick drum, plus a 303 bass line, then we are not at all interested in that. If we intend to make “techno” as a kind of repetitive groove, created by technological devices that allow the listener to transcend their immediate surroundings and everyday mental state, then yes, we are DEEPLY interested and influenced by that. From our point of view “techno” music could be considered as a contemporary version of ancient percussive approaches to music, not that much related to the idea of “entertainment” or a “business attitude”. Our aim is to provide new ideas and inputs to the music scene rather than reproduce and copy, again and again, already made solutions.

Dubfire -Do you guys feel like the advancements in music technology has spawned creativity or has it hindered it?

Dadub  – We could say that it’s a double-edged sword. On one side it has allowed people to create music in any moment and environment, using tools that are almost free to acquire and easy to use at an average level, without the need to book and pay recording studios and engineers. On the other side, this over abundance of tools and software can heavily hinder creativity and inspiration and also contribute to a more superficial and trend-related way of listening, producing and dreaming about new music evolutions. Using machines to make music created a new generation of producers who didn’t need to study music theory for years, or master acoustic instruments, with all the pluses and minuses that total dedication to musical history and practice can imply. The key for us is to forge our own sound aesthetic and tools; and get to know and customize any piece of software and hardware, so that WE are the ones in control of our creative flow, and NOT the machines.

“Premiering worldwide on October 16 at the Roest Warehouse during the annual Amsterdam Dance Event, Dubfire’s debut live show reinvents the concert experience by seamlessly weaving together elements of 2D and 3D animation with live audio and lighting to explore the intersection of science and technology – of man and machine – and their resulting evolution and inevitable fusion”. 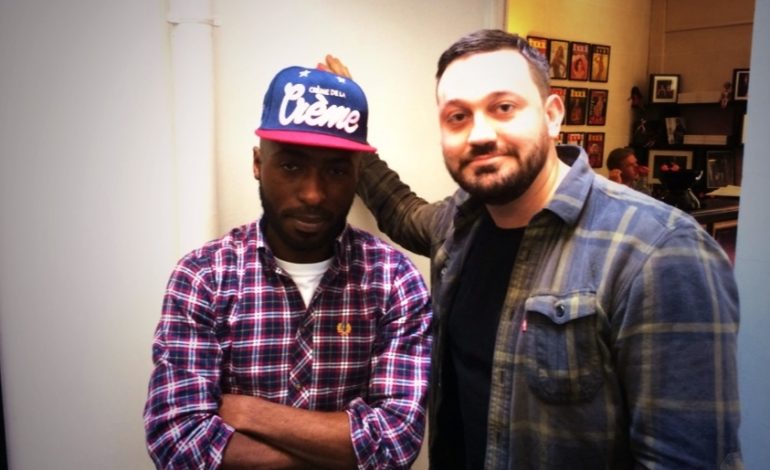 Berlin : Techno in The Mall