He has donated 5.2 million dollars to the foundation

Brazilian DJ and producer Alok has launched a social institute bearing his own name, and has donated 5.2 million dollars (biggest donation made by a Brazilian artist) to the foundation.

Throughout his life, Alok has been dedicated to social causes and been dedicated to human and environmental development in the world, especially in Brazil. He sought inspiration from charities he has supported in the past, with the objective of financing projects to combat social exclusion and foster access to opportunities, especially for young people and women in vulnerable, rural and urban areas in Brazil.

“The idea of ​​the Alok Institute is something very important to me, because it really is an idea that gives my life meaning. I have already had some intense periods of depression for feeling emptiness, until I realized that the search for a purpose in life is essential.” Alok explains.

“At this point I started to travel to Africa, in Mozambique, and to understand the philanthropic question even more. I realized that through music I can build something bigger, with long-term social investments. They are fronts that move my heart and that I want to strengthen with partnerships to always have more and more seeds sown ”

With this in mind, Alok has invited the journalist Geraldinho Vieira, who has extensive experience in the field of human rights and has also served as executive director of the Agência de Notícias dos Direitos da Infância (ANDI), representative of the Fundação Avina in Brazil and consultant to several international philanthropic institutions like the Fundação Ford. He is also known as Devam Bhaskar, head of a meditation center in Chapada dos Veadeiros.

Instituto Alok is set to be officialised on 19th December during Alok’s first end of year special live stream ‘Alive’, which will be broadcasted free on Brazilian Television Network and via YouTube. 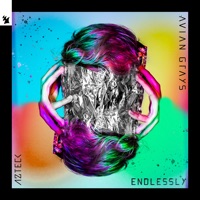