Eric Prydz has released the fan favorite track NOPUS on Ministry of Sound Records/Three Six Zero Recordings. It’s been one of Prydz’s most requested IDs and releases since he first debuted it at a live show in 2016.

NOPUS is the first original release from the Swedish producer under his full name Eric Prydz since his album Opus was released in 2016.

After Prydz performed the track for the first time during EDC Las Vegas 2016, NOPUS took on a name and life of its own within the Eric Prydz fan his anthemic track Opus on the same stage. Opus would go on to become a global hit, and was remixed by Four Tet, with whom Prydz will play a recently announced B2B set at Exit Festival in 2021.

Prydz decided to release NOPUS in response to fan’s demand on social media over the course of the past few months. He and his team created a music video shot at some of Prydz groundbreaking live shows over the last few years, with the hope that people could relive and recollect their NOPUS memories, with live events currently shuttered.

The NOPUS release continues Prydz’s long-standing tradition of producing tracks specifically created for his live shows. Prydz track IDs have become notorious, and are clamoured for amongst Prydz fans and wider DJs alike, but Prydz typically holds onto them for months or in many cases years before releasing them, if he releases them at all.

Although it’s been several years since Eric Prydz released under his own name, he has consistently been releasing tracks under his progressive house alias Pryda and his techno moniker CirezD. Prydz’s live shows, which have featured numerous iterations under the EPIC banner, have become some of the most respected and admired in music, breaking technical boundaries and wowing fans and the industry alike. He most recently debuted his EPIC 6.0 HOLOSPHERE show at Tomorrowland 2019, which The Verge noted, ‘pushed the limits of how tech and music interact.’ 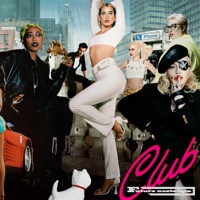