DFTD rolls on with a three tracker from Berlins Aaaron 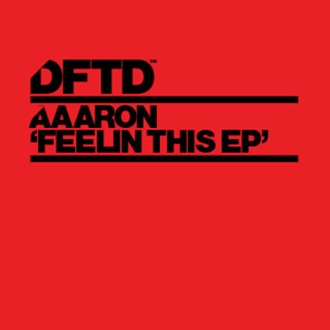 Straight out of Berlin’s underground house scene, Aaaron has been making music since first starting out listening to backpacker hip hop in 1996. Now over fifteen years later the German producer commands the world’s attention with his ‘Feelin This EP’, making his debut on DFTD with three surging floor fillers that will set him up as a serious contender this year. Title track ‘Feelin This’ is a dark track which builds up with heavy snares before slowly introducing distorted looping vocals to deliver a well-rounded roller clearly conceived within the heart of Germany’s techno governed club world. On the other hand ‘Oh Snap’ brings an energised alternative sound in contrast, driven by bouncy percussion, pronounced claps and twisted vocal samples. The third and final instalment ‘Hold It’ immediately kicks off with the reverberating words associated with the tracks title before descending into a meaty bassline to tie up a faultless release from an up and coming propitious producer.