HE WILL DO FESTIVAL STOPS AT EDC MEXICO, CRSSD & ULTRA MIAMI, THE FULL TOUR WILL HIT TWELVE CITIES IN 30 DAYS !! 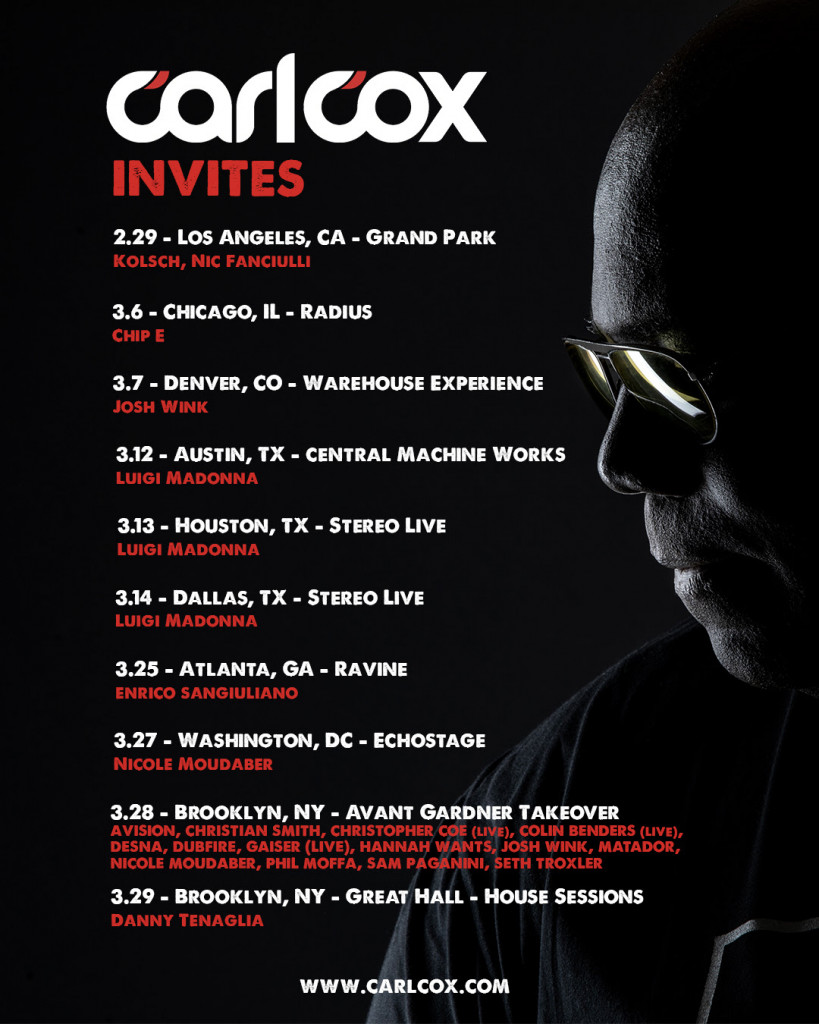 North America is in for a real treat in the new year- a full-fledged Carl Cox Tour that will take the music legend into twelve cities to play alongside some of his most respected friends. In addition to festival stops for EDC Mexico, Ultra Miami and CRSSD in San Diego, Carl will be presenting his “Carl Cox Invites” concept that is, at it’s heart, a club tour that gets back to the root and vibe of a real night out. Looking forward to going out and anticipating the day as it approaches was one of the joys of clubbing and Carl wants to bring that energy and feeling back.

“Carl Cox Invites” has the clubber in mind. More time to build the musical story of the night with longer set times from each artist, venues that enhance the experience with extraordinary light and sound, and, of course, the people who make it all come to life with their amazing energy and love of dance music.

“We’re expecting a lot from ourselves on this one” Carl stated “I think all of us want that amazing feeling where the dance floor and the DJ are one. The artists that will join me on this tour understand this because they were clubbers first, and I know we have something very special when we play together. I’m excited to get back on the road and see what the US has in store for us!” -Carl Cox

Carl has not done a North American tour of this magnitude in nearly 15 years, so this is a special one for not only himself, but for his ever-growing fan base. Expectations are high and both Mexico and the USA are primed and ready to have King Cox take them to another level.

March is also the start of festival season and fans can rest assured that Carl Cox will be on hand to deliver those history-making, life-changing moments like only he can. Carl will make his way to major festivals on the tour where he will perform headline sets at each stop. These include; EDC Mexico, CRSSD in San Diego, and Ultra Miami, where Carl will perform three nights on the Resistance Stage inside the Carl Cox Megastructure.

The combined tour will see Carl travel across North America and from coast to coast with stops in Mexico, Los Angeles, Chicago, Denver, San Diego, Austin, Houston, Dallas, Miami, Atlanta, Washington and wrapping up with two nights in Brooklyn with a full venue takeover of Avant Gardner and a very special “House Sessions” finale with Danny Tenaglia.

Tickets at all venues are expected to sell-out quickly so don’t sleep on this one. 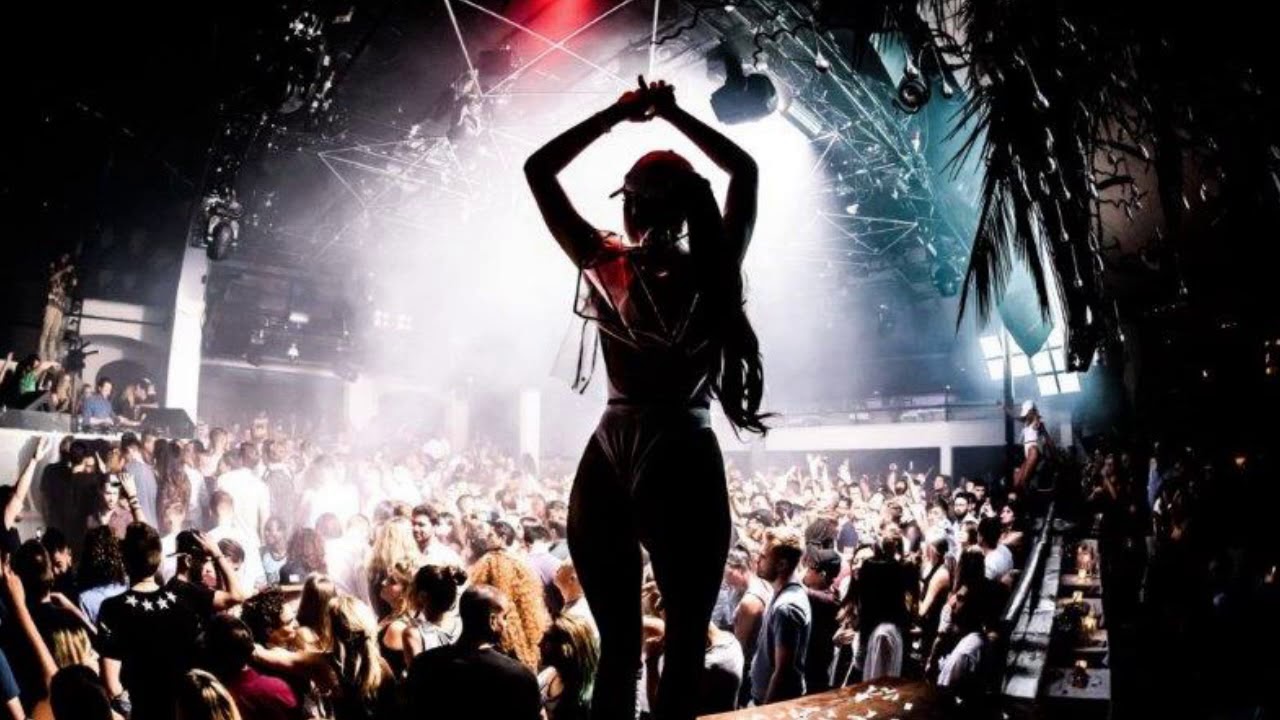 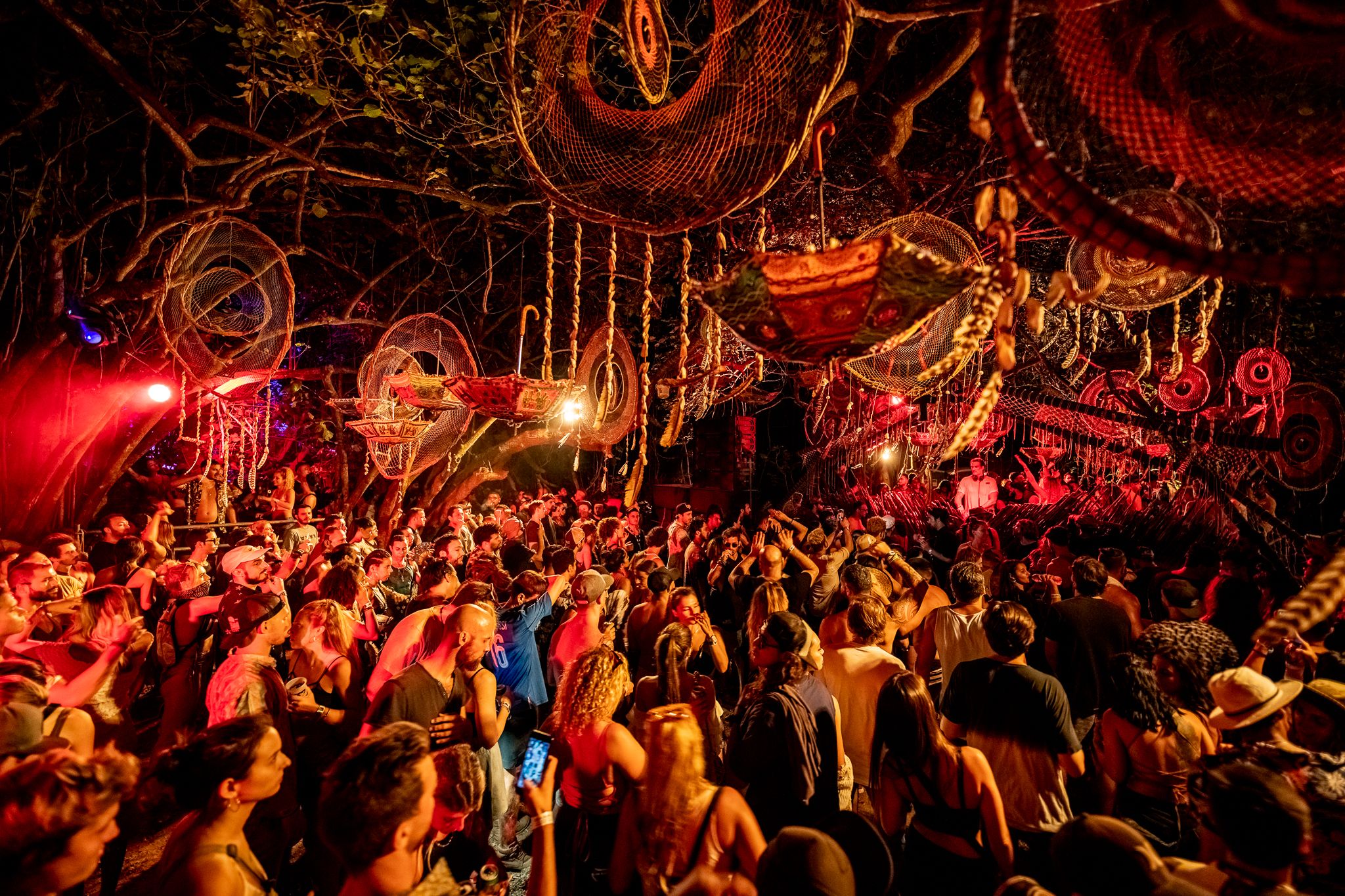