Dutch DJ Mesto has signed an exclusive deal with Spinnin’ Records, as well as a co-management deal with MusicAllStars Management. Last year, his name suddenly started buzzing around, when it was revealed that the young DJ was one of the artists behind the hit ‘Bouncybob’.

Mesto, who’s real name is Melle Stomp, is only 17 years old and like many aspiring young DJ’s has been making music in his bedroom for a couple of years now. Still in the beginning of his DJ career, Mesto already developed massive producing and mixing skills. He started to play the drum at the age of 11 and soon after discovered that he loves to make his own music. After a while he got interested in deep and future house. With a little help of YouTube he taught himself to make his own extraordinary sounds.

Recently these sounds were noticed by Martin Garrix resulting in a massive collaboration. Together with Martin Garrix and Justin Mylo, Mesto started 2016 with a bang releasing ‘Bouncybob’, which almost reached the 10 million views on YouTube alone.

Besides ‘Bouncybob’, Mesto also already scored a nice club hit with ‘Tetris’ and played international gigs in places such as South-Korea. It can be said that Mesto is on the road to become a well-known producer in the DJ scene who’s sounds will be heard all over the world.

“This is amazing. I’ve always looked up to Spinnin’ Records, you could say it was one of my goals to end up at this label. To finally get signed here feels very, very rewarding.” – Mesto

Mesto will be attending Amsterdam Dance Event this year, where you can see him play at a party together with Mike Williams and Justin Mylo, as well as the event Vato Gonzalez presents Dirty House. 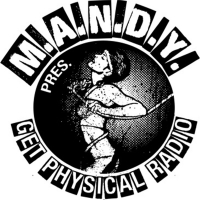