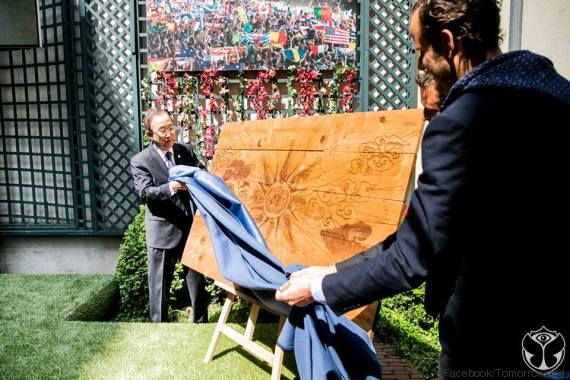 Today, Ban Ki-Moon, Secretary-General of the United Nations issued a message to the People of Tomorrow “Let’s work as one towards dignity for all”. This message was engraved on a wooden board and mounted as part of One World, the 600 m long bridge at the recreational domain De Schorre designed by Arne Quinze.

Each year, the entire world gathers in one place for Tomorrowland. All nationalities are represented and for three days, Tomorrowland bears a striking resemblance to a meeting of the United Nations, in a colourful, magical world where Peace, Love, Unity and Respect take centre stage. The “People of Tomorrow” all speak the same language: friendship. The thousands of flags attest to their pride in their origins. What they all have in common is an enthusiasm for meeting people from other cultures, experiencing an unforgettable weekend and forging lifelong friendships.Tomorrowland and the United Nations share these values and want to pass on positive messages to the youth of the world.

“I would like to thank you for your invitation to carve a message of peace on behalf of the United Nations on the One World bridge. I am honored and very much touched by this carving of my name. I hope this will remind many people who will be seeing [this] and participating of the work of the United Nations, working as one to promote and protect human dignity for all people.

This bridge – and indeed, the Tomorrowland festival in general – symbolizes some of the core values the United Nations strives to uphold every day around the world: dignity, respect, diversity and solidarity.

In that spirit, I have decided that my message for the bridge will be this: “Let’s work as one towards dignity for all.”

Both the festival and the bridge show the huge importance of thinking creatively about how to build a safer, more prosperous and sustainable world.

It is exciting to think that two months from now, nearly 200,000 young people and music fans from almost every country in the world will come together at the Tomorrowland festival to celebrate life through the unifying force of music.  Let’s work as one towards dignity for all, and let youth lead the way!“ 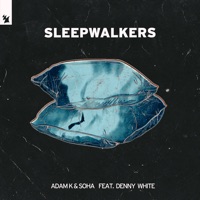