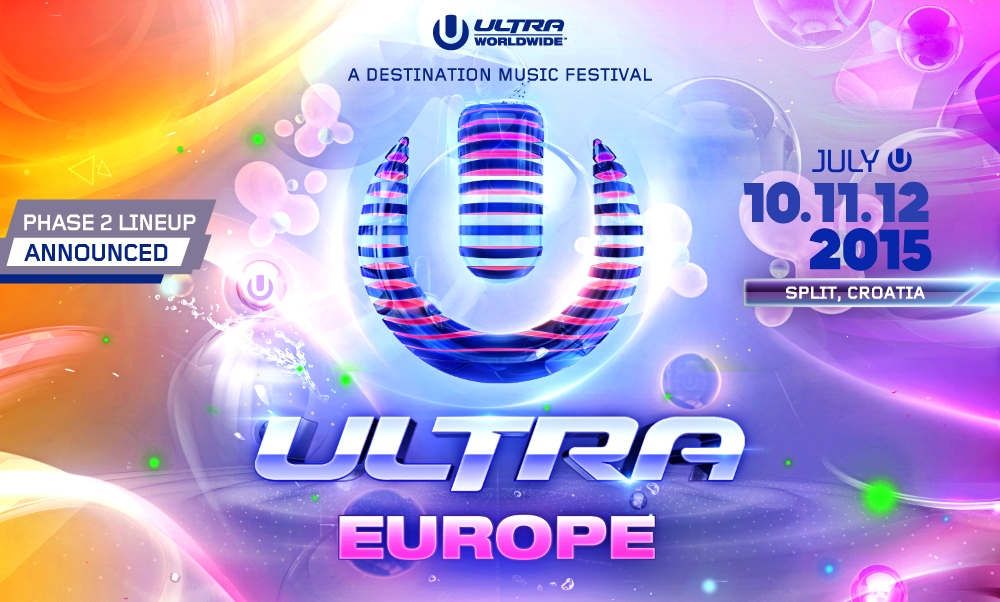 Having announced its huge Phase One lineup back in February 2015, the largest electronic music festival in Croatia’s history, ULTRA Europe, now drops its Phase Two lineup and confirms the return of the legendary Carl Cox & Friends Arena and ULTRA Europe debut of the new Resistance stage.

In addition to the colossal Main Stage, the inimitable ‘Resistance’ stage will be making its first appearance in Croatia, following a spectacular debut at Ultra Music Festival Miami in March 2015. Once again co-produced by the UK’s award winning Arcadia Spectacular team (responsible for some of the most groundbreaking stage productions at Glastonbury) the 360-degree immersive ‘Afterburner’ production will play host to some of the most forward thinking artists in electronic music.

If that weren’t enough, Ultra favourite Carl Cox will once again be bringing his Carl Cox & Friends arena to the masses in Split, where he’ll be joined by a selection of superstar guests who will be revealed over the coming weeks.

Crowned the World’s No.1 DJ in the DJ Mag polls for two consecutive years (2013 & 2014), global superstar Hardwell will be gracing the ULTRA Europe main stage for a third consecutive year. Joined by fellow Dutch megastar Dash Berlin, both will look to secure their reputable legacy as heroes of the EDM scene. Seasoned-veteran and all-round ambassador for global electronic music, Paul Van Dyk will also be showcasing a master craft that he has built up for more than two decades, as he prepares to set one of Europe’s most formidable arenas alight in just two months time.

On the other side of the musical spectrum, global ambassador of techno and Ibiza mainstay,Marco Carola, is set to amaze the crowds in Split with his energetic, three-deck mixing, proving once again why he remains as one of the most in demand DJs on the planet. Jamie Jones and Solomun will also be bringing their talents to Croatia in July, proving the diversity of this year’s lineup and its widespread appeal.

‘DESTINATION ULTRA’ is a brand new concept that will see the festival expand into a phenomenal seven-day experience. ULTRA Europe’s Official Opening Party, Cocoon,  will officially kick off on Thursday, July 9, at the brand new Giraffe Palm House in Split (the official Ultra Europe After Hours club) with none other than SVEN VÄTH headlining the proceedings. The Cocoon head honcho will also be bringing fellow label mates Christian Burkhardt (LIVE), Maurizio Schmitz and Reach Visuals to a party that will have everyone in attendance whipped into a tech-filled frenzy.

A week on from the Opening Party with Väth and his cohorts, the DESTINATION ULTRA Closing Party, Resistance, will get underway for the first time on Wednesday, July 15, at the breathtaking Fort George venue on the picturesque island of Vis. Built in 1815, the Fort George site was originally used by the British Army to defend against opposing forces, but in 2015, it will see NIC FANCIULLI and JORIS VOORN taking to the decks in this pristine location to put a fitting end to a perfect week.

‘DESTINATION ULTRA’ is offering more choice than ever for its attendees this year with a wealth of other parties and events to attend across the week. With the ULTRA Europe Festival itself being hosted on July 10-12 and featuring some of the most sought after artists in the world, more than 150,000 fans are expected to witness another slice of history.

Following the Festival, ULTRA Europe will launch a one-off Yacht Regatta on July 13 on Zlatni Rat Beach on the Island of Brač, Bol with world famous South African house duo, Goldfish. July 14 will then take the party across to the island of Hvar for the famed third edition of ULTRA Beach, where Fedde Le Grand, Oliver Heldens, Sunnery James & Ryan Marciano and more will play to over 5,000 people at the Hotel Amfora Hvar Grand Beach Resort.

For those looking to travel to ULTRA Europe events across Croatia Music Week, visit www.travel2ultra.com for all tips, exclusive packages and much more. For tickets and all further information on ULTRA Europe go to www.ultraeurope.com

The ULTRA brand was founded in 1997 by Executive Producer, President, & CEO Russell Faibisch, and began producing electronic music events in South Florida, which led to the inaugural Ultra Music Festival in 1999 on the sands of Miami Beach. The internationally renowned festival, which has taken place every March since its inception, celebrated its seventeenth anniversary from March 27-29, 2015 by bringing over 165,000 music enthusiasts to the sold out waterfront event in the heart of the City of Miami. Ultra Music Festival returns to Bayfront Park for its eighteenth annual edition, 18-20 March 2016.

Over the past seventeen years, literally thousands of the world’s most iconic DJs, producers and live acts have mesmerized audiences with awe-inspiring sets at ULTRA festivals inARGENTINA, BRAZIL, CHILE, CROATIA, IBIZA, JAPAN, KOREA, SOUTH AFRICA and of course MIAMI, as well as ROAD TO ULTRA events in CHILE, COLOMBIA, PARAGUAY, SEOUL, TAIWAN, THAILAND and TOKYO, the USA, and now forthcoming events in MACAUand BALI. Each and every new global edition is founded on the same successful recipe that has been perfected over seventeen years in Miami, combining the most diverse electronic talent with the most technologically advanced, large-scale festival productions in the world.

In addition, the ULTRA brands pioneered the live stream experience, ‘ULTRA LIVE’ (whereby the festival is brought online to over 20 million unique viewers globally) and the audio broadcasting platform ‘UMF RADIO’ (syndicated to FM Radio in over 42 countries and reaching more than 22million listeners weekly). Also, ‘UMF FILMS’’ collaboration with FINAL KID has seen some of the most visually breathtaking festival aftermovies in the music space, including a feature-length documentary exploring the latest explosion of dance music, entitled CAN U FEEL IT, which premiered at the Ultra Music Festival, Miami 2012 and was exhibited in over 500 theaters across the Unites States.

In 2014, the ULTRA and ULTRA WORLDWIDE brands continued to push the boundaries, bringing an unparalleled combination of cutting edge production and the world’s best electronic acts back to previous strongholds and new frontiers across the globe. With its most recent new editions breaking records in JAPAN in September 2014 and SOUTH AFRICA in February 2015, the Ultra brand has united NINE COUNTRIES across FIVE CONTINENTS worldwide. 2015 will see the global juggernaut that is ULTRA WORLDWIDE roar into ASIA having announced return events in KOREA, THAILAND and JAPAN, and brand new events in MACAU and BALI. 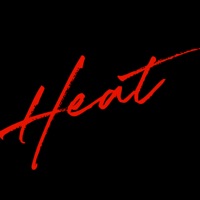