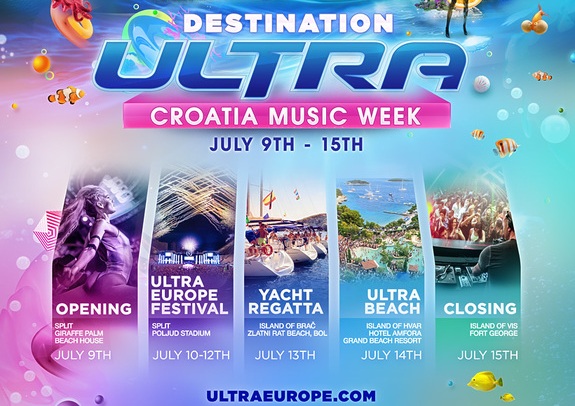 ULTRA Europe already lays claim to being the largest electronic music festival in Croatian history however, far from resting on their laurels, the behemoth brand can now officially announce ‘DESTINATION ULTRA’ – a brand new concept that will see the expansion of ULTRA Europe into a prodigious seven day experience!
Set to take place from July 9-15, ‘DESTINATION ULTRA’ will give international fans an opportunity to attend an endless array of parties and events that stretch across the stunning islands of Croatia, from the beautiful shores of the Dalmatian Coast all the way to the picturesque islands of Hvar, Vis and Brač.
Beginning on July 9, ‘DESTINATION ULTRA’ will kick off with an Opening Party at the brand new Giraffe Palm Beach House in Split, where a whole host of performers will entertain thousands of partygoers for what will be an opening night to remember.
The party will then move to the main event from July 10-12, where over 150,000 fans are expected to flock to the impressive Poljud Stadium in Split to witness some of dance music’s most in-demand acts, including Afrojack, Alesso, Armin van Buuren, Axwell^Ingrosso, Carl Cox, The Chemical Brothers (Live), David Guetta, Hardwell, Knife Party, Martin Garrix, Nicky Romero, Steve Angello, Tiësto and Zedd.
Following the festivities in Split, ULTRA Europe will then launch a one-off Yacht Regatta on July 13, which will transform Zlatni Rat Beach on the Island of Brač, Bol, into one of the coolest parties in Croatia this year.
July 14 will then take us to the famed island of Hvar for the third edition of ULTRA Beach and will welcome over 5,000 people to the now-legendary event at the Hotel Amfora Hvar Grand Beach Resort. Headlining will be Fedde Le Grand, Oliver Heldens and Sunnery James & Ryan Marciano, with support coming from Moguai and Jewels & Sparks. 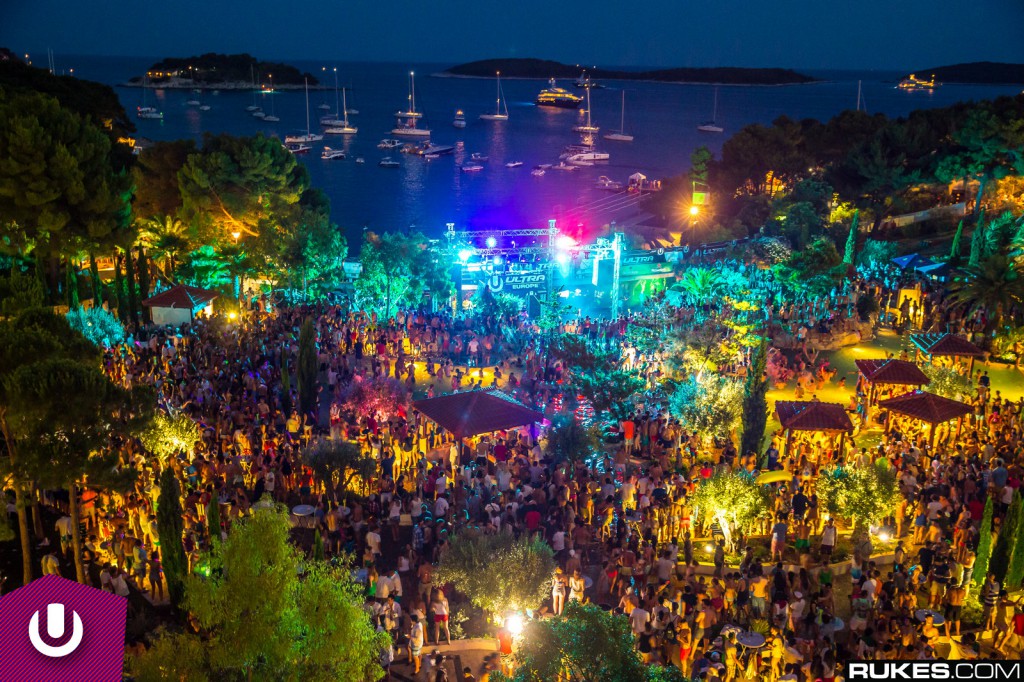 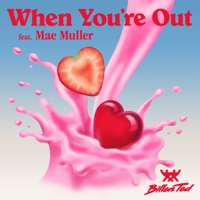 When You're Out (Feat. Mae Muller)