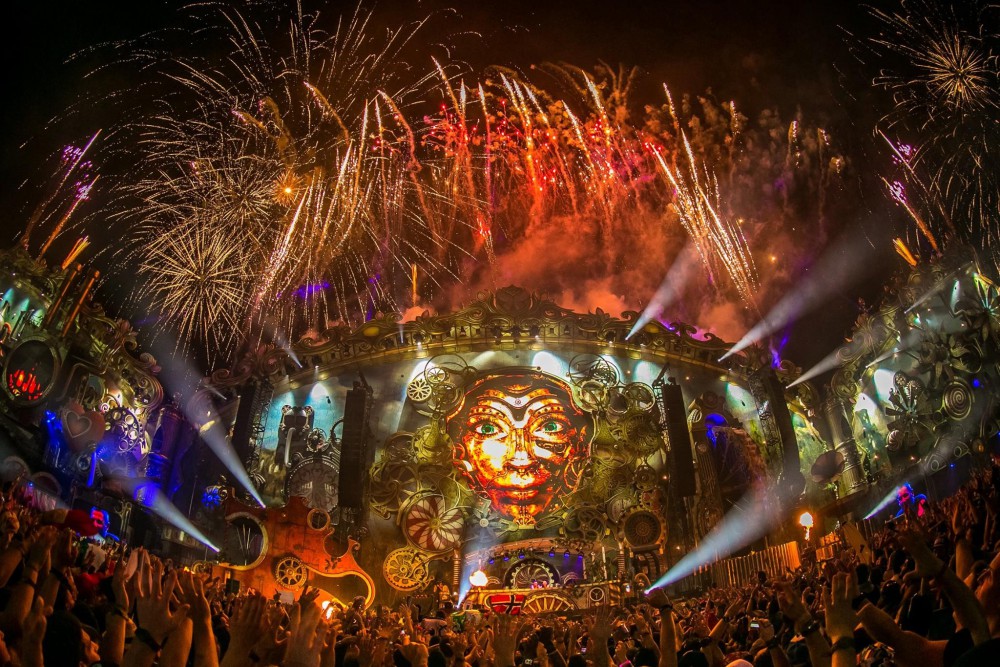 For the next two weeks, each day Tomorrowland will unveil a different headlining act who will be performing on 24, 25 & 26 July. Once again, it promises to be an incredible musical extravaganza, featuring local DJs, up-and-coming producers, major names, breakthrough talent and flamboyant megastars.

On Sunday 26 July, the DJ booth on the phenomenal Opera stage will be handed over to 80 live musicians. The National Orchestra of Belgium, with guest conductor Stefan Blunier, will perform a unique symphony composed specially for Tomorrowland in which classical and electronic music will be confronted and transformed into an unprecedented performance. Add to the experience the breathtaking Tomorrowland decor and the result will be an unforgettable meeting of two musical genres. It’s bound to be one of the absolute highlights of the festival weekend.

The Symphony of Unity is part of the new theme announced earlier this month: Melodia will be the common thread throughout this 11th edition of the festival.

Stefan Blunier, guest conductor for the NOB: “Music brings people closer together, regardless of age or background. There are so many different ways to experience music: dancing, singing, composing, or just listening, and it gives you such a warm feeling. Like artists around the whole world, we try to bring a positive message across to the audience. Whether the music is electronic or symphonic, as an artist you always try to speak to people’s emotions. I like to think of music as a diamond with different facets. And each time you turn the diamond, another facet sparkles. Like this, music has many sides, each with its own specific qualities.”

Last year, legendary DJs such as Dave Clarke, Carl Cox, Martin Solveig and Paul Kalkbrenner had the honour of inaugurating the impressive, brand-new opera stage. The stage is structured like an opera house and in its walls, it incorporates photographs and anecdotes from the past ten years of Tomorrowland. The National Orchestra of Belgium will be appearing onstage this year with an 80-piece orchestra to play a one-hour live mix of diverse classical works &  electronic classics. The NOB has previously worked with major names in the opera world such as Bryn Terfel, Roberto Alagna, Johan Kaufmann and Anna Netrebko, although the Opera at Tomorrowland will probably be a touch more colourful and exotic.

“With our Orchestra, we want to build a bridge to the audience of the next generation. We support many initiatives involving young people and in this way we hope to carve out a place for ourselves in a society that’s constantly changing. In the past ten years, Tomorrowland has put Belgium on the map and as the national concert orchestra, we are delighted to be able to make our contribution. Plus, it’s a fun challenge for us to get a play for the People of Tomorrow,” says Stefan Blunier.

Last year, the renowned composer Hans Zimmer created the classic Tomorrowland hymn. This hymn that he composed specially for Tomorrowland will also be incorporated into The Symphony of Unity.

The hymn for Tomorrowland once again demonstrates that music is universal and brings people together, regardless of age, language or culture. Each year, people from all around the globe gather in Belgium for a once-in-a-lifetime experience. Tomorrowland welcomes more different nationalities than the Olympic Games, making Tomorrowland the most international event in the world. But the People of Tomorrow all speak the same language, the language of music, of course.

More about the National Orchestra of Belgium

The National Orchestra of Belgium was founded in 1936 and is Belgium’s foremost Symphony Orchestra. Since September 2013, it has been led by music director Andrey Boreyko. This Russian conductor has acquired a wealth of experience over the years working with renowned European and American ensembles. Since its founding, the orchestra has been a passionate defender of both traditional and innovative symphonic music and has resolutely embraced contemporary society. It creates opportunities for young talent as well as rescuing lesser-known works from obscurity and performing film music and high-quality popular music. With headquarters at the Centre for Fine Arts in Brussels (Bozar) the National Orchestra of Belgium also performs abroad, in Japan, Spain, Switzerland, Germany and Central Europe.

Better Off Without You