The best festivals of the winter

Obviously if we could fly all over the world without having to care about money or work, we would go to all these incredible festivals. But since few of us can do that, we will just propose you brillant ideas of what you could do the day you get rich. Very rich.

There is no arguing possible regarding the first place of this ranking. The BPM festival, which takes place in Mexico.

Mexico, is from far the best festival of the month, and is as well, simply the best of the world. First, the location : Playa del Carmen, that sets a really nice atmosphere. None of us has trouble picturing ourselves dancing on the hot sand, with the smell of salty water floating in the air. But then, then… Take a look at the line-up. It’s barely credible! Quantity and quality, for once, are both combined : Ame, Apollonia, Ben UFO, Carl Cox, Dixon, Mano Le Tough… It would take an afternoon to write down the whole list of 150 djs booked for this 2015 edition. But it will also take years before saving enough money to go there from Europe and spend the impressive 10 days of partying… 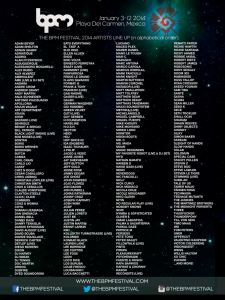 A little bit less exotic, a little bit more affordable for our European purses, is the CTM festival. This multi-cultural festival is not only about electronic music. For this artisitic week, Berlin booked a dozent of avant-garde acts in theathers, clubs and art spaces in the city. And this year, the programm higlights artists like Atom, OAKE, Alex Empire, Simian Mobile Disco. Well, enough people to dance for a week.

That will be a cold transition for the djs, but a great consolation for Europeans. Because some of the djs who will attend Bugged Out Weekender, will actually come back straight from BPM Festival. And the others well… they are people like Roman Flugel, Axel Boman, Daniel Avery, Jonas Rathsman, Four Tet… and so much more. Plus it stands for two days only, and that shows the density of the line-up. 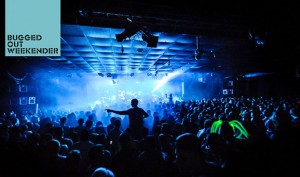 Because when Canadians decide to party, they do not do it by half. Yes, you read correctly, the festival takes part during four weeks. A huge gathering in the cold canadian winter, warmed up since 2007 by local and international DJs. So if you are not afraid of the -22 degrees, if you are amazed by the incredibles igloo scenery specially designed for this festival, if you have four weeks off in your timetable, then go fly to Montréal already. And then, you will listen and dance to artists like Guy Boratto, Loco Dice, Kolsch, Dubfire and Luciano and of course many more.` 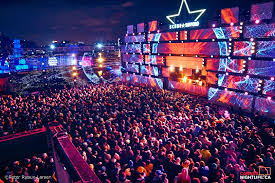 Brest has nothing to do with Playa del Carmen, be aware of that before getting excited by the proximity the sea. But if things are not as hot as in Mexico there, the line-up and the professionalism of Les Sonics (team who organizes this event) need no further proof. During four days, the city will resound to the music of Jeff Mills, Joris Delacroix, Maelstrom, French Fries. All of this in a magnificent venue that looks like an old mansion which is on the border of the savage seaside. 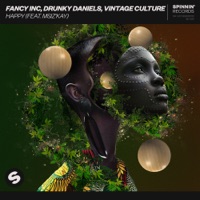