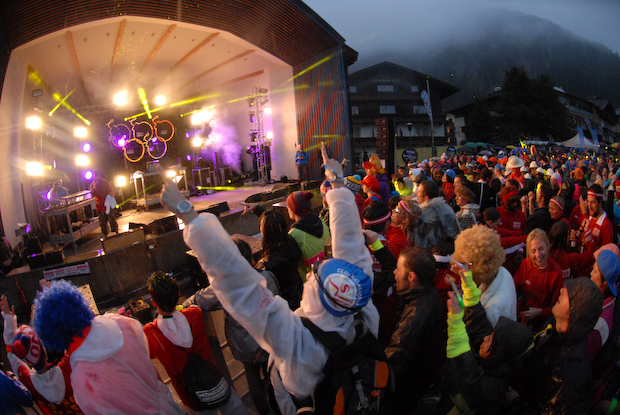 Snowbombing today reveals another selection of acts for 2015, including Sub Focus, MK, The Martinez Brothers and Tensnake – they are among the new acts set to perform at the sixteenth edition of Europe’s largest, longest standing and most unique snow and music festival, taking place from 6th-11th April, 2015, in the snowy alpine town of Mayrhofen, Austria.

English electronic music producer Sub Focus will make a welcomed return to Snowbombing, having made his debut in 2011. His career has gone from strength to strength with anthems like ‘Turn Back Time’ and ‘Tidal Wave’, under his belt, Sub Focus is set to get the crowd on their feet once more.

Marc Kinchen, better known simply as MK, will also make his first appearance on the mountains. An internationally respected name in the worlds of R&B, pop and Dance, the Detroit producer has also remixed the likes of Lana Del Rey, Sam Smith, Rhye, Shadowchild and Haim since breaking through with his remix of Storm Queen, which saw him soar to Number 1 in the charts.

Adding to the line up is one of the hottest UK acts about at the moment, Hot Since 82. With Mixmag once describing his progression in the house scene as ‘meteoric’, Hot Since 82, has made a name for himself with hits such as “Like You” and his remix of Shadow Child’s “So High”.

2015 also sees the return of some Snowbombing favourites including German producer Tensnake and The Martinez Brothers. Since his last appearance at Snowbombing in 2012, house maestro Tensnake has released his debut studio album, Glow, featuring the legend that is Nile Rodgers, and is all set to deliver his signature blend of feel-good funk, disco, house, 80’s pop and soul to the slopes in 2015! Also making a welcome return to the mountains are the mighty Martinez Brothers. Since stepping up as DC10’s Circo Loco residents back in 2011, the duo have spanned the world with their solid selections and dance-floor wizardry, bringing jackin’ house, techno and acid together into one universal groove.

German Brothers Tiefschwarz, have also been added to the bill​. Having won single of the year in DJ Magazine for their track ’”Isst”, Tiefshwarz will be making their debut at Snowbombing 2015 and their set is one not to miss. Joining them will be Snowbombing favourites, Dub Pistols, whose energetic front man, Barry Ashworth, never fails to show audiences a good time with his dynamic​ dub beats and animated performances.

Other acts performing include renowned UK producer Alex Metric, who joins his OWSLA label boss Skrillex on the Snowbombing line-up and Glasgow’s Jackmaster, ever ready to entertain the crowds with his impressive collection of dance classics and Numbers bangers. Snowbombing veteran, Artwork, has also been announced for Snowbombing 2015. Having previously battled against Jackmaster in Snowbombing’s famous DJ Battle in the snowy mountains at the Board Park, Artwork is back with a bang and bringing with him a whole host of floor fillers.

Completing the second line-up announcement is Disciples, who have risen to success in the dance world with their passion for huge house beats and a good ear for the UK’s best up and coming dance tracks.

This latest announcement is just the beginning, with many more extraordinary headline acts to be included.

With mountains as a perimeter fence 2,000 metres above sea level and boasting some of the most awe inspiring festival venues in the world, including a sky-high igloo, enchanted forest clearings, cosy alpine lodges and medieval barns, Snowbombing is a festival experience like no other.

So if dancing the night away to a picturesque alpine backdrop, listening to some of the world’s most groundbreaking music acts, relaxing in a luxury spa or just skiing on the fresh white snow appeals, then join Snowbombing for what’s set to be the most incredible year yet. 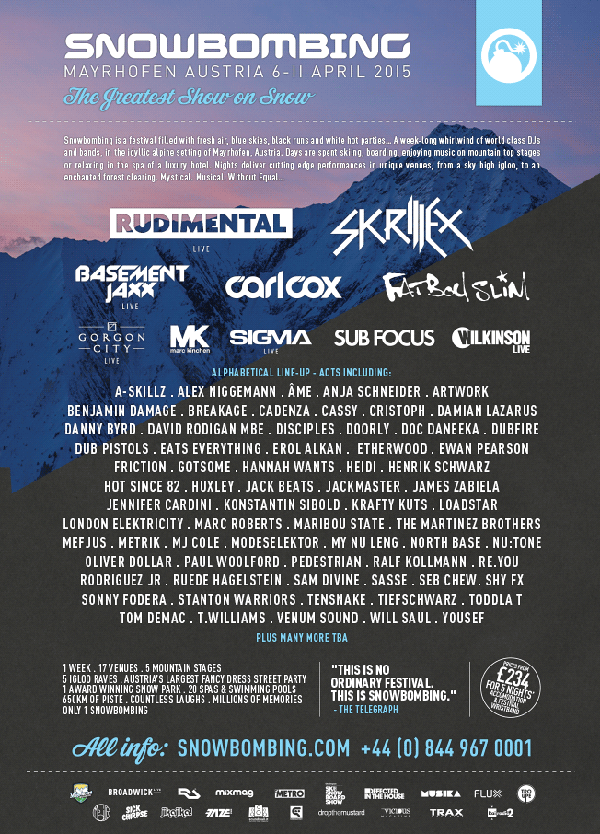 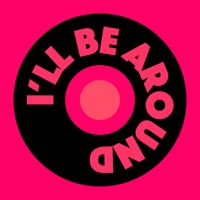