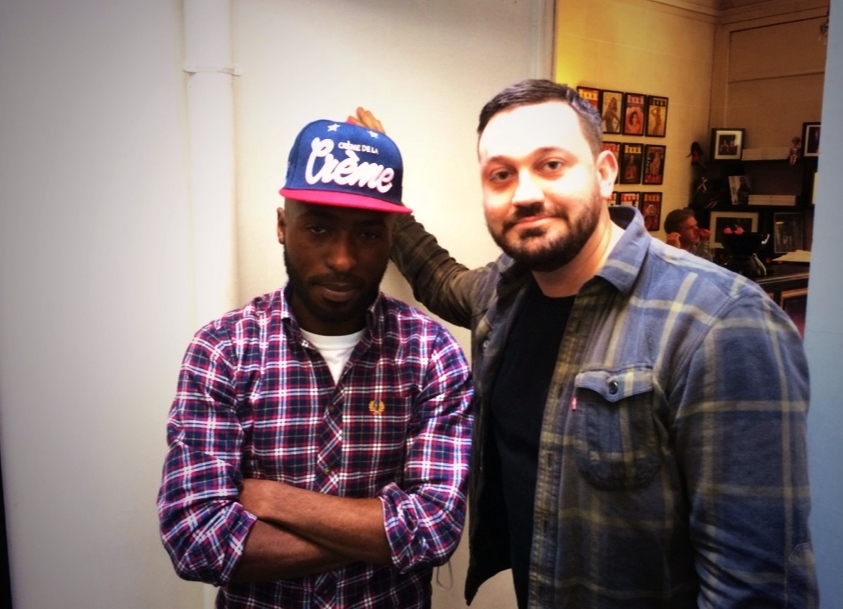 We’ve had the chance to meet with Fritz Kalkbrenner, one of the most famous german DJs and producers on the scene. As he was in Paris for a short time to promote his last album “Ways over Water”, we sat down and talked Music, DJ rankings, movies, new album, old jobs and Wu-tang.
____
Prysm – Hi Fritz kalkbrenner. We’re here today in Paris and it’s not exactly your first time here in france. You actually played a couple weeks ago in Marseilles… How was it ?
Fritz Kalkbrenner – The show was good. It worked out and apparently John Dahlback was playing before me and I’ve never heard him play before and he was playing something very very different so that was …
You were a little bit nervous ?
No no but I was thinking for a second that … one of us was in the wrong place
Was it you ?
Naa we made it happen but ..
You worked it out
Yeah. well let’s say it was a funny one.
On saturday you’ll be playing in Strasbourg…
On friday and saturday in Ibiza.
Yes at Space! So Friday you’ll be in Ozosphere festival. So I guess now you have a very good French and can manage on your own ?
I don’t speak one word! Not one word in French. I’m so so sorry
There’s a lot of people who know you as a DJ, a producer and a good singer as well [smiles humbely] .. But only a few know that you were a journalist before..
I was! A cultural musical journalist.. in what could be compared to PBS.
You also worked for MTV. How did happen and what did you do for them ?
That was TV work as well. I was doing mostly interviews with them and  Those guys were bigger back then. I did some interviews like .. Ashanti’s
She was BIG at the time !
Yeah ! I have that conversation with younger ones and they’re like “Wo?” “Lloyd Banks ?”. So it was at that time in 2004 / 2005.. I was doing mostly interviews and research for them. But I just did it for a short period of time like a year and a half..
So you have many many skills : producing, DJing, being a journalist and, I saw that on the internet, you can act as well !
…

Yeah little bit. Let’s put it that way.
You played in Berlin Calling.
That’s right. Yeah it’s just a tiny cameo in the movie. It was a cameo of course. My brother had the lead part.
He was playing a DJ too. What DJ would that be ?
Let’s say the forth and back a certain levels that maybe unstable person that that business might have had.
Were you playing his brother ?
No no I was playing like a tiny DJ, I had this cameo and I contributed with Paul together on the tracks of the soundtrack..
Yes and that’s where it really started basically, your musical career
Well let’s say we were .. Local wise we had a certain career.. You know you’re big in your city, you’re big in your county. We had our tiny careers, which work out for us. Then with the multiply of the movie, of the song .. it turned into a whole other level of course.
And now you’re releasing your third album “Ways over Water“, it’s coming out late october. One single is already out :  ‘Back Home” with a video in which you appear. It feels really desertic.
Yes we shot it in Iceland in the summer.
Director is Charley Stadler. Why him ?
The guys of my publishing company were sort of friends. We had friends in common. Then we had several meetings to check out if it was the right vibe between us and it worked out.  He’s like real high class, Hollywood director, the project was totally different and for him it was really just like a fun trip. He was like “Yeah you can pay me but in fact I wouldn’t get paid”. He was just into it.
You decided to release your album on Suol records. You very often work with them..
Yes I stick to them
How come ?
Why would I switch ? With Chopstick & Johnjon who run the label, we’re very very good friends from way back then, we share the same view. Funny thing is : When everyone from the label come together sitting, every artist would into electronic music but everyone at the table would be talking about soul classics. Yes we share the same vision, the same background..
So even if a big major called you, you would stick to Suol ?
I would. I did. This has already happened a few times. I mean .. to have that structure. I could easily change but then I would just have some phone number to talk to someone I don’t really know.
So it’s like family ?
Yes. Fully.
As a matter of fact there’s a compilation that just came out.
Yes the Summer Daze compilation.
How is it going ?
Well as always it’s pretty easy for Chopstick and JohnJohn to get these compilations ready because they say “hey, everyone come by the office on wednesday, show off your asses” and on then the next “Summer Daze” is up, and everyone has contributed…
You’re also preparing the album tour. I think you’ll be playing back in Paris on the 15th of january !
Yes at Le Trianon
And you’ll be in ADE also in october. You’re throwing a showcase with the label there in Amsterdam. ADE is where everything is happening during the fall. It’s also where they reveal TOP 100 by DJ Mag. What do you think of that  ranking ?
*Laughs* That’s a really hard question ! Well there’s a whole different.. First It’s very different from what I do… It’s different from where I’m from too. The city of Berlin, when it comes to play, let’s say there is a signature sound. How we put that specifically it’s up to everyone else. DJ Mag top 100 is pretty much UK focused. UK, US and Holland and mostly the guys who do an EDM .. big room sound. Let’s put it that way.
Not really my thing
It’s actually not my cup of tea either. I’m probably too old. 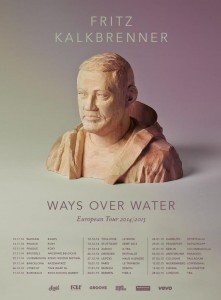 You were, and you’re still, a big fan of hip hop. We interviewed Lloyd Banks, Ashanti .. Of course you know the Wu-Tang. They released an album..
Oh like that one piece thing ?!
You heard of it ?
Yes I have heard about that album
What do you think of that move ?
It’s a super smart promo stunt. Yes I mean if you compare to most of these big hip pop artists who’ve been big at the so called golden age, they do not run so well right now. Times have changed and they put themselves like big on the map with that story. Everyone is talking about it, no one how it sounds like. And there is also some “Now what’s going to happen?” “what if a corporated firm or something buys it”… It’s a funny idea, it’s a fun thing to do.
And to be honest .. I think they plan, well they will leak it somehow for everyone to listen and one will have the actual only one. They already do listening sessions where you pay just to listen to it. I mean in the Spotify days it’s a start move.
xxxx
Ways Over Waters on Suol – 27th of October