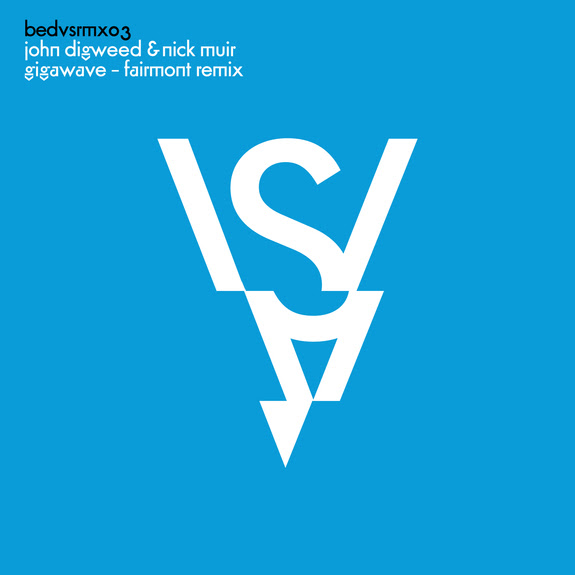 Almost a year after their iconic collaborative album ‘VERSUS’ first saw the light of day—a project for which the pair teamed up with no less than 12 of their favorite producers resulting in an extra special triple-disc package — John Digweed & Nick Muir continue to revitalize the critically acclaimed release by unveiling the latest in a slew of remixes from the inimitable album.

Now joining Extended Play and King Unique, both of whom released their unique interpretations back in August, comes Canadian techno kingpin Fairmont, who delivers his own exquisite contribution and provides the third installment in what is shaping up to be a seriously hard-hitting remix series.

‘BEDVSRMX03’ sees the talented Fairmont bring his own distinctive signature blend to one of the standout tracks from Versus—‘Gigawave’. Taking on an already pristine piece of work, the bold remix master introduces a warm and subtle yet persuasive bass line that transforms the original mix’s ambient textures into a mellow, uplifting dance floor revision. John Digweed & Nick Muir – Gigawave (Fairmont Remix) is out now on Bedrock. Catch the preview here.

The first installment from the recent remix series came courtesy of Texas-based duo Extended Play, who delivered their fizzing, up-tempo interpretation of ‘Morphism’—Digweed & Muir’s previous collaborative effort with Bedrock favorites Pig&Dan. The original’s vast, expansive breaks are bridged and brimming with the brooding beats of these hugely talented rising stars. Check it out here