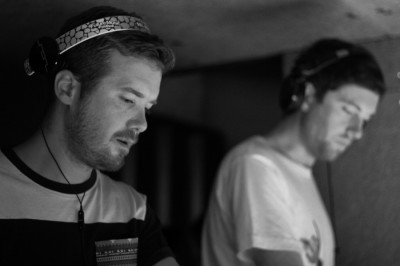 “Ready For Your Love” is a track that has travelled fast, far and a lot. A track that you probably didn’t miss to hear when you were relaxing on the beach, or enjoying a cocktail at a pool party (or working late all alone in your office). 12 million people has already seen it on Youtube.

How could you do better than such a hit ? That’s a question Gorgon City wants to answer now. The two British producers of that song are more used to small clubs and underground vibes, yet they’ve been wrapped around by that powerful “Future House” wave that has covered the UK over the past months. Along with Disclosure, Sigma or Duke Dumont they form this team of producers elected by the people and requested in festivals and clubs over the world.

It’s a new life, a wearying but exciting, that allows them to experience the joy of sold out events and prestigious festivals. A fear comes along though : The danger of “One Hit Wondering“, a affliction that can touch any quickly popular newcomer on the scene.

We’ve met Gorgon City while they were in Paris for the Discover Party in Wanderlust. They had just finished their album, that is due to the 6th of October. They told us how this opus filled with various influences should help them get rid of that “Just Ready For Love” label.

It should follow the path of the hits “Real” and “Ready For Your Love“, “Here for You” FT Laura Welsh is Gorgon City’s last single that you can find on the upcoming album “Sirens“.