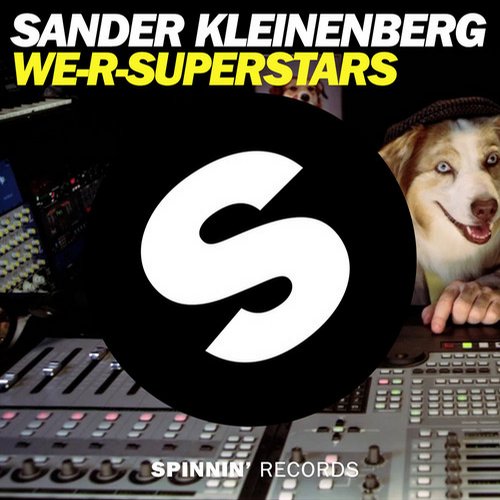 Sander Kleinenberg’s ‘We-R-Superstars’ – the track that has been sparking curiosity since its debut just a few weeks ago – finally gets its worldwide release today via Spinnin’ Records.

When a mysterious ID track was posted on Billboard just a few weeks ago, rumours were rife as to who might be behind this disco-infused summer anthem. Many were convinced they had just been given a sneak preview of the upcoming Madonna and Daft Punk collaboration and further teasing from Pete Tong on his legendary BBC Radio 1 did nothing to assuage this amongst talent and tastemakers. With the world eagerly awaiting the big reveal, Billboard finally took their cue and unveiled the man behind the track was none other than house music giant Sander Kleinenberg.

With a hilarious dogged-up music video to accompany the announcement that has already amassed over 400,000 plays on YouTube alone, perfectly complementing this groove’s playful nature to show off Sander’s light-hearted side, the Dutchman has ensured a triumphant return. Jovial chords, filtered funk synths and robotic elements give ‘We-R-Superstars’ a contagious liveliness throughout, sure to make the track a go-to festival anthem.

Back in action and with an extensive cache of new records under his belt, the Dutchman has recently filled a guest spot on Spinnin’ sessions, and will soon be airing a brand new podcast. Be sure to catch a Sander Kleinenberg set soon and grab a copy of ‘We-R-Superstars’!