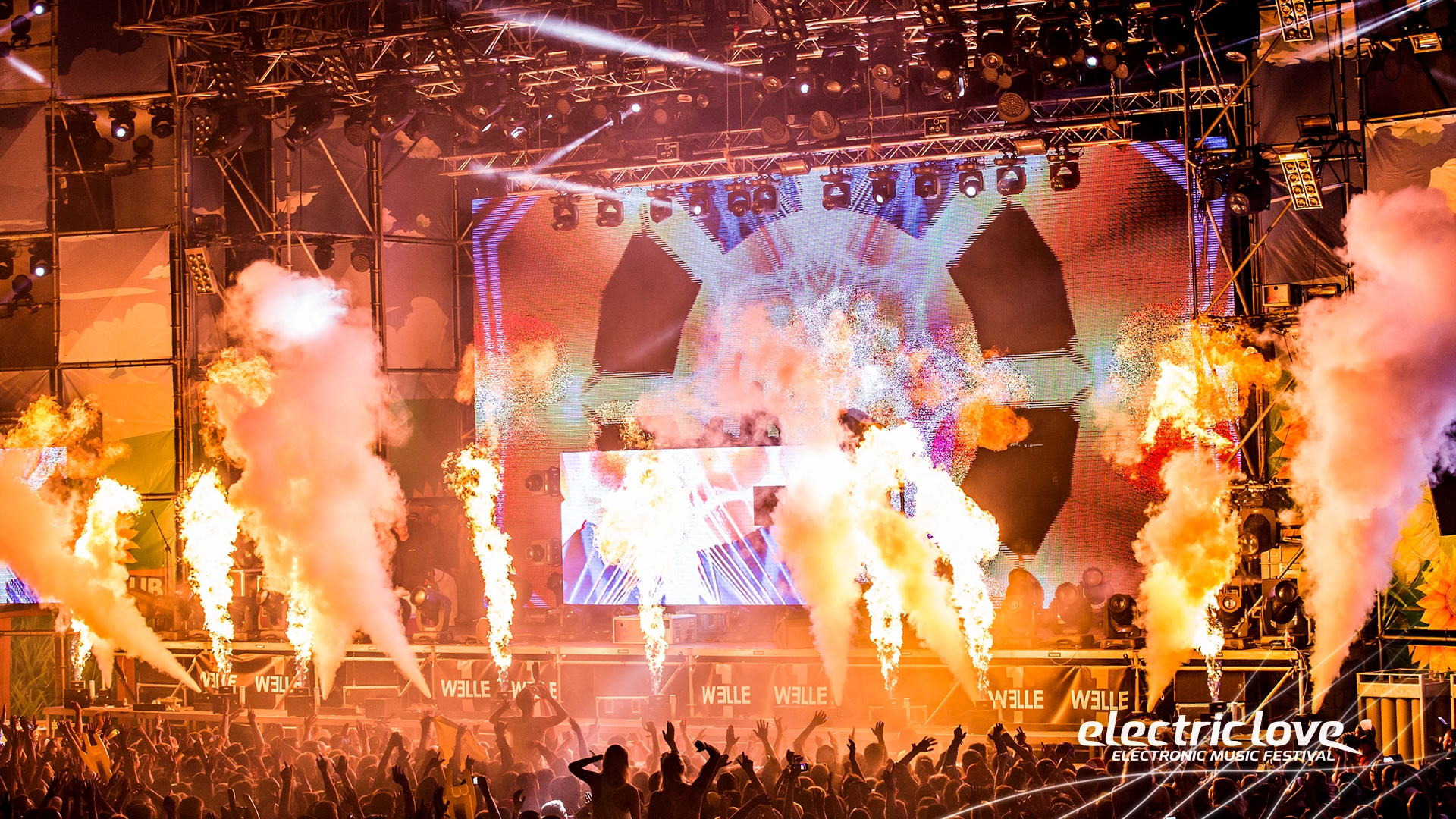 Creamfields, Dance Valley, Electric Daisy Carnival, Electric Zoo, Electro Beach, Mysteryland, Summerburst, Stereosonic, TomorrowLand, Ultra Music Festival,… The list of electronic music festivals keeps getting longer and longer – almost impossible to keep up with. More and more festivals emerge year after year, along with bigger lineups, bigger stages and more elements that festival goers need to prepare for. But just a few are able to make the leap to the upper class.

With only a year passed since their launch, Revolution Event‘s figurehead Electric Love Festival is already among those, and justifiably so. As the festival enters its second year now, we took a detailed look at it:

Getting back into the game with an artist roster that leaves nothing to be desired, Electric Love may pose the always terrifying challenge to festival attendees: Making an own schedule. 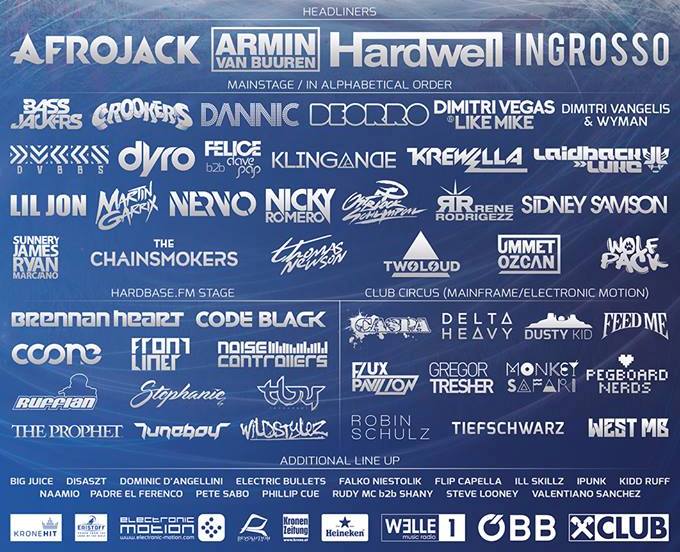 With slightly less than 100 acts among four stages and over three days, making an own schedule might doesn’t sound that complex first, but trust us, it is! Or could you make a choice between Krewella and Noise Controllers, Crookers and Feed Me, Klingande and Robin Schulz, Flux Pavilion and Sidney Samson or Brennan Heart and Ummet Ozcan? Of course all mentioned confrontations are just possible scenarios – the official timetable is still in process – but as you can see this line up is guaranteed to include a great deal of conflicting set-times. So make sure you set up your own custom schedule as early as possible, including who you want to see and where they’re playing. If you need some help on your schedule you’d better read through this: Prysm Radio Does Electric Love 2014: 10 Acts You Can’t Miss

Unlike last year, the festival will take place from Thursday to Saturday, as the Electric Picnic Brunch on Sunday has not proved its worth last year. Hence, there will also be an additional day on the Mainstage. Furthermore you should except a modification of the stage set up; a new design and the one or the other deco-technical surprise. 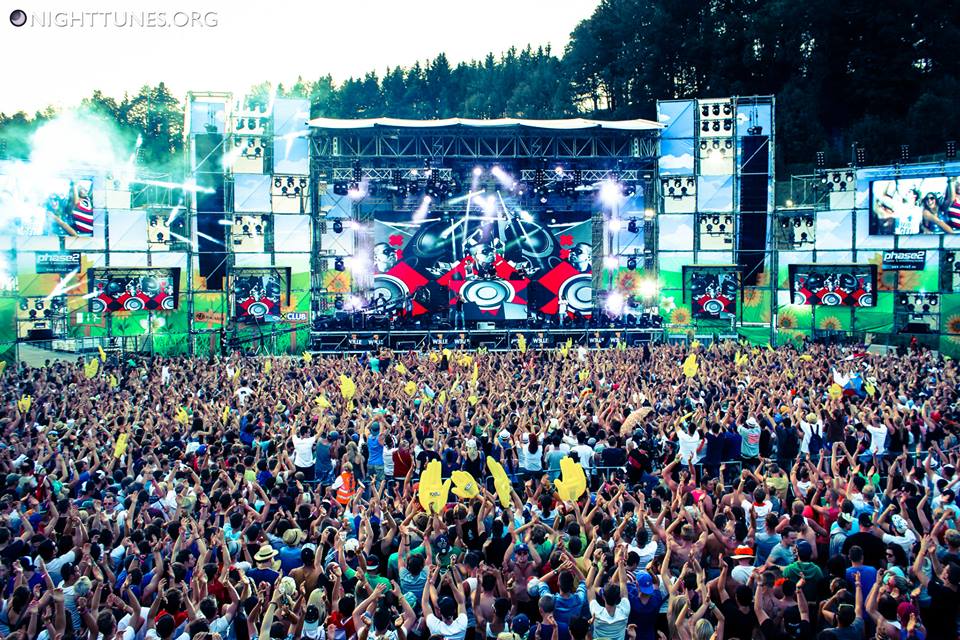 But that’s by far not the only new element. Moving forward with the fixed purpose to spread over a broader musical base from year to year, Electric Love supplements its repertoire with an open air stage for Hardstyle fans. Placed on the gravel parking lot right beside the Club Circus tent, the Hardbase.FM Stage comes with the capacity of up to 14.000 people. In return the Talent Stage will disappear this year. Instead, the winners of the Talent Voting will have the golden opportunity to perform on the same stage as their idols, although certainly not at the peak times. 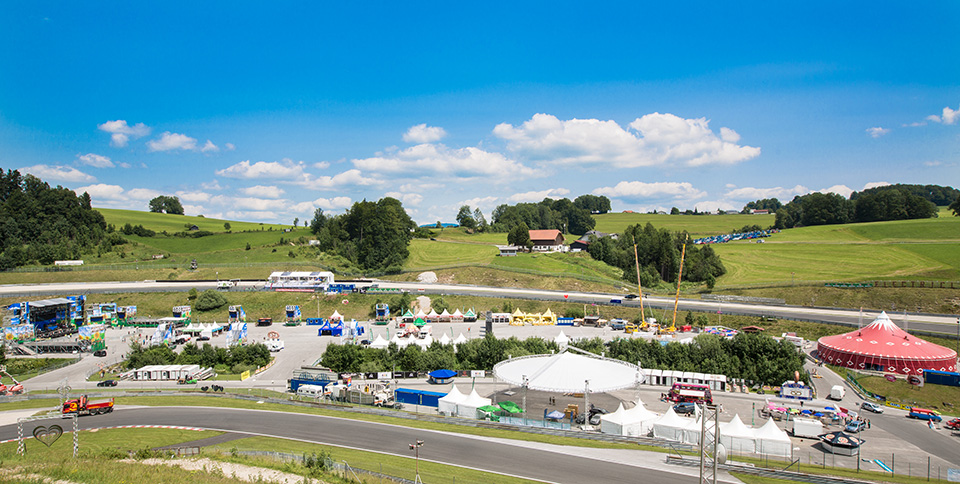 As has been the case last year, the physical set up of the festival area allows easy movement and breathing room between the stages without increasing the distance too much. Nevertheless, you should not underestimate the mass of 35.000 attendees per day. Managing such a massive crowd can be tricky, so better think twice whether you really want to experience Electric Love in the first row or not, because up there you can expect the least amount of space which entails constant squabbling and jostling. 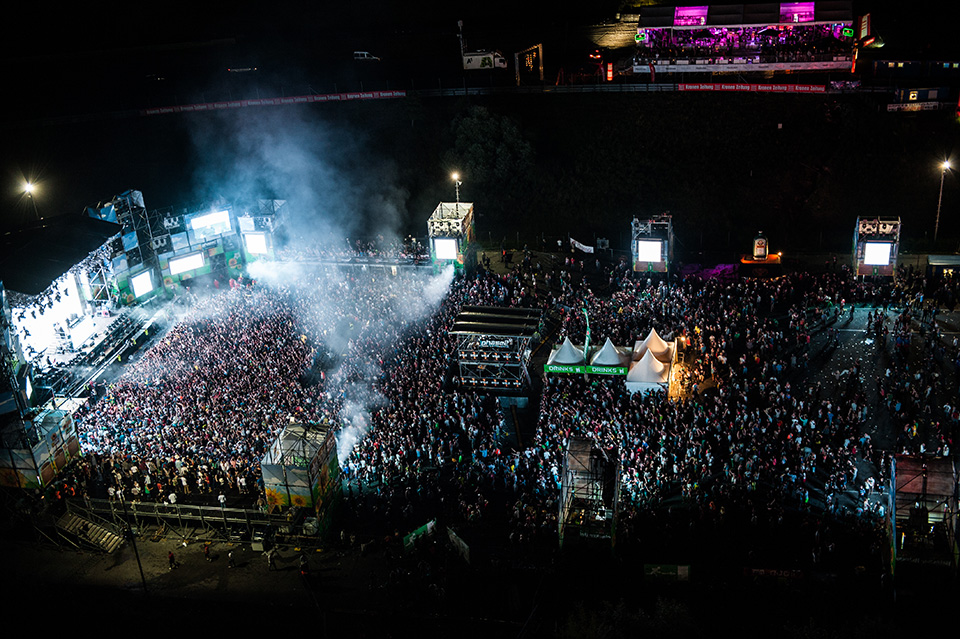 As already mentioned above the official timetable is still in process, wherefore we can’t hand out the full one yet, even if we would. We merely can give you a tiny hint: Watch out for some Tomorrowland Anthems and a Riverside Motherfucker on day 1. What we don’t want to hide from you are the official stage uptimes, as listed below: 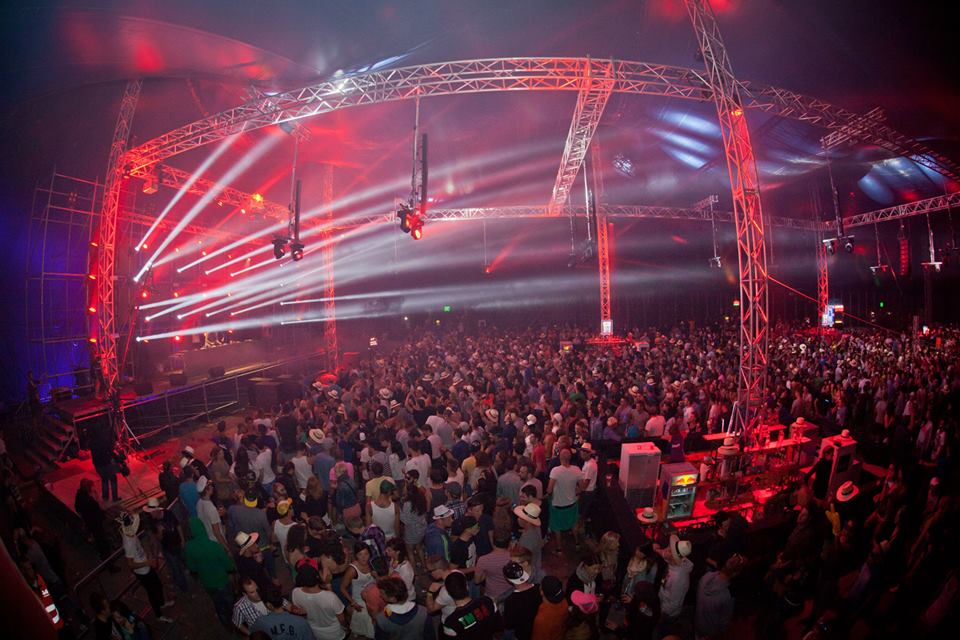 Just like last year, there are once again going to be two theme nights at the Club Circus. Whilst the line up of ‘Club Circus London’ on Friday covers Drum & Bass and Dubstep, ‘Club Circus Berlin’ on Saturday comes with a programme fully filled with Techno and Deep House representing acts.

Also to mention is that the average set time at Electric Love ranges from one hour to one hour and thirty minutes; independent of the stage.

As has been the case in the prior year, there will again be the possibility to camp on the Electric Greenfield this year. Here, in comparation with last year nothing changes much. The structure will be similar and only a few things will get adapted, thus the good quality will be retained. Attendees merely have to face the choice between Basic, Comfort or Caravan Camping (prices as listed further below). 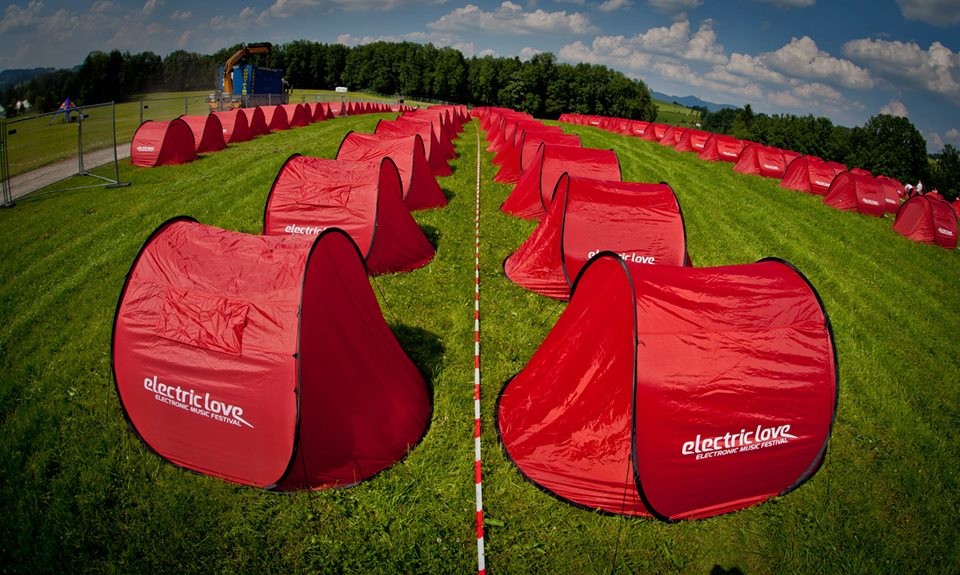 Opening it’s doors from Wednesday, 9th July at 9:00 am to Sunday, 13th July at 6:00pm, the camping area is equipped with any kind of infrastructure such as showers, toilets, a 24-hour supermarket with an camping adapted assortment, a lunch area, as well as a BBQ area, where people can have their barbecue.

Those who don’t want to sleep in a tent are of course free to use some of the local hotels and guesthouses. Prices for bed and breakfast naturally vary depending on whether you stay at a five-star hotel in Salzburg or in a small guesthouse in one of the several neighbouring villages, but except at least EUR 40,- per night.

To make the transfer from and to the festival area as easy as possible, there will be a free shuttle bus again which transports people from Salzburg’s central railway station over the Electric Greenfield to the main festival area and back. Beside this service, which will by the way be available at shorter intervals than last year, the organizers further arranged kind of a festival taxi, which will chauffeur festival goers from and to their hotels / guesthouses for a cheap lump sum. The corresponding phone number will, of course, be published shortly!

Here, some progress has been made, thus, for example, Electric Love refers to 30 different gastronomers this year which will definitely ensure a great culinary variety. Beside that abundance of internationally inspired cuisine and all sociable drinks that can be ordered at the several drink and food bars throughout the venue, campers also have the possibility to order a meal in the lunch area. 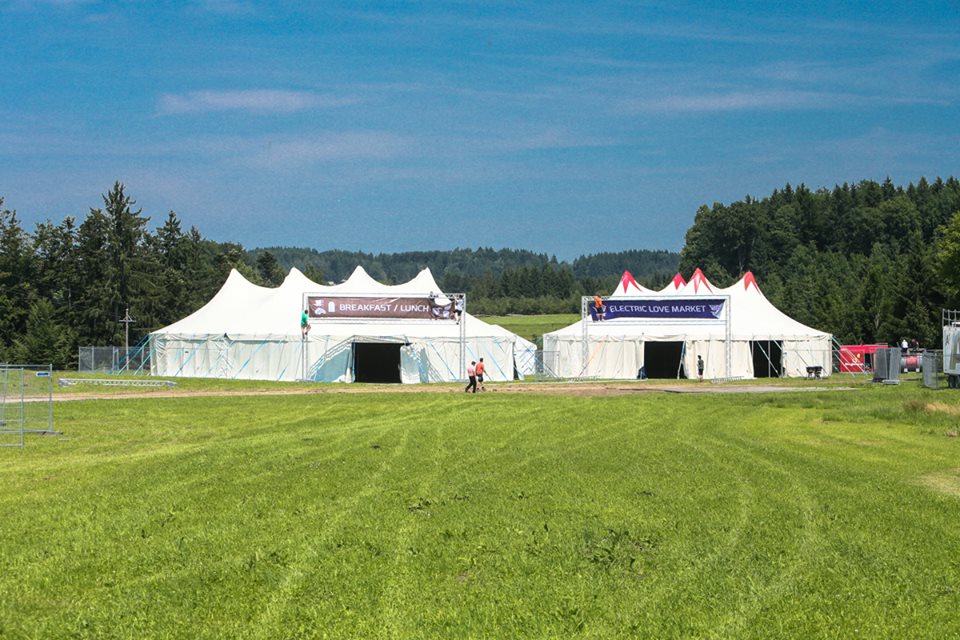 Furthermore, as already mentioned above, there is again the opportunity to prepare your grillables on perfectly adjusted charcoal or gas grillers in the BBQ area. Don’t worry if you should go out of your grillables or even forget to bring along some. From simple sausages to the fine dry aged beef from the local butcher’s Auernig, the supermarket offers everything your heart desires. Indeed, there is no differentiation between crowd and acts. Just like last year, Stefan Auernig, junior manager of the butcher’s Auernig, will again grill for all artists in the backstage area. 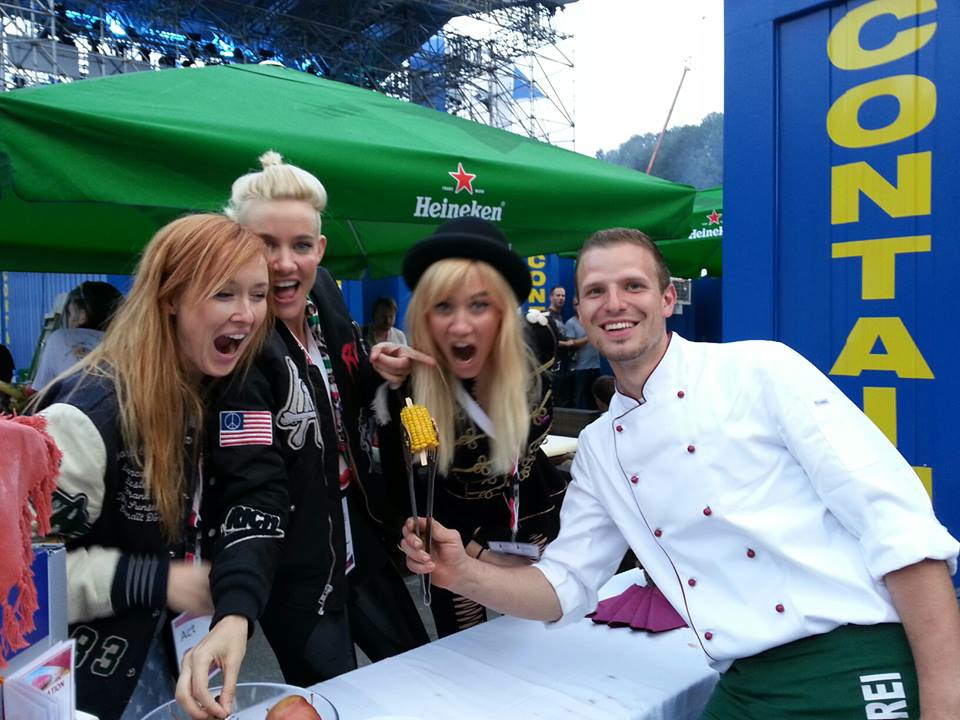 Overall, you can except standard fares for the food and beverages at the bars and quite low prices at the supermarket. As in the previous year, there will be an own Electric Love currency again, coming in the form of tokens. A novelty concerning this matter is that the tokens can, unlike last year, also be purchased cashless (via debit or credit cards) on the several token stations throughout the venue.

Although the area would probably have been approved to up to 50.000 attendees per day, the organizers decided to draw a line at the 35.000 mark to increase the significant feelgood factor. According to the most recent status, this mark is to be achieved, as almost all tickets are sold out by now.

— UPDATE: ALL TICKET CATEGORIES ARE SOLD OUT!

Not insignificant is that there is a strict 16+ age requirement. Anyone born on or after July 10, 1998 will not be permitted entrance, even if accompanied by an adult. From that age you can also stay over night at the Electric Greenfield. 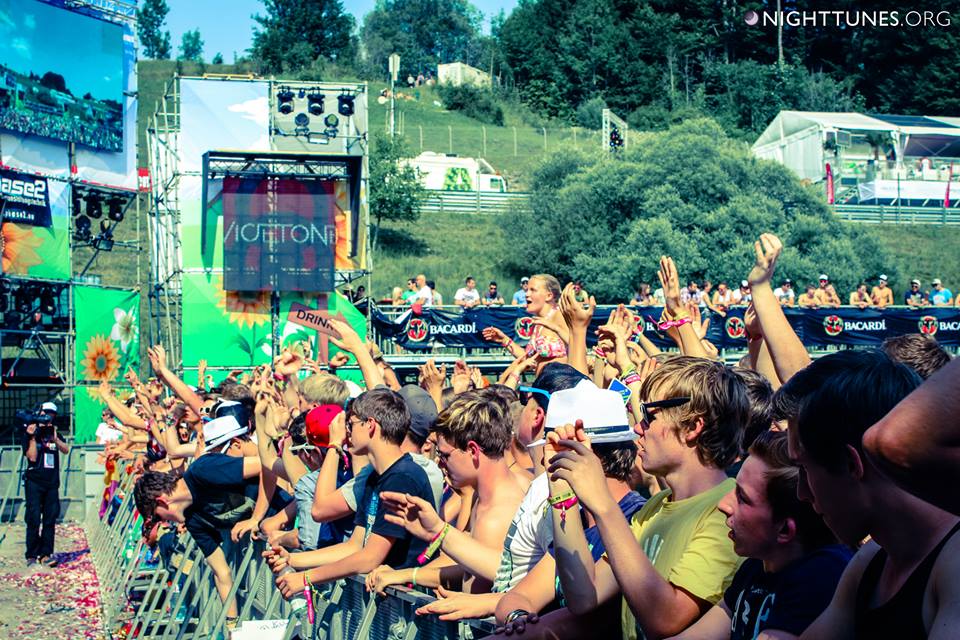 Compared to last year, ticket prices have slightly increased. Whereas the standard 3-day festival pass could have been purchased for 79,00 EUR in 2013, you now need to pay 89,00 EUR – something that is quite reasonable in our opinion. Added as new ticket category this year, there is the so-called V.I.P. Gold Pass which comes with all benefits of the standard V.I.P. variant plus the additional advantage to get fingerfood and softdrinks for free. The third and ultimate V.I.P. variant, the Laurent Perrier VIP Lodge, basically remains the same, but probably gets a bit bigger and might even gets placed differently. Electric Love still works on a final solution here, but take our word: If you want to have the ultimate V.I.P. experience, this is the ticket category to choose.

Apart from that, all offers are basically as supplied last year; purchasable as listed below:

With Electric Love 2014 just 39 days away,we can barely contain our excitement. On the dot of 6pm on Thursday the 10th July, a crowd of up to 35.000 people will rush towards the Mainstage to kick off three days of nonstop electronic music. Whether you’re a veteran or a newbie, the extensive lineup will be overwhelming at times. So no matter which electronic genre you are fond of, Electric Love will deliver you a memorable experience. 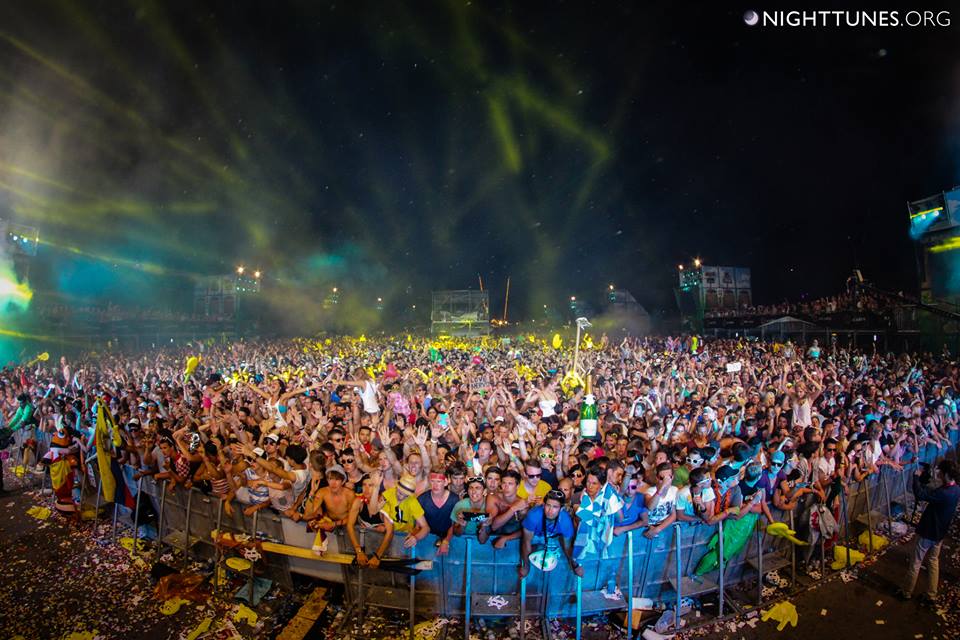 In conclusion there is just one more thing we would like you to note: When going to a music festival of this size, you have to understand that people attend for different reasons, as they all have different musical tastes, different dance moves, a wide-ranging spectrum of fashion choices and, how else can it be, their own opinion on whether Afrojack, Armin Van Buuren, Hardwell or Ingrosso is the true headliner on this weekend. Consequently, not everyone’s Electric Love experience will be exactly like your own, but everyone should feel accepted and free to express themselves. So the most important piece of advice we can give you is this: Be nice and have fun! 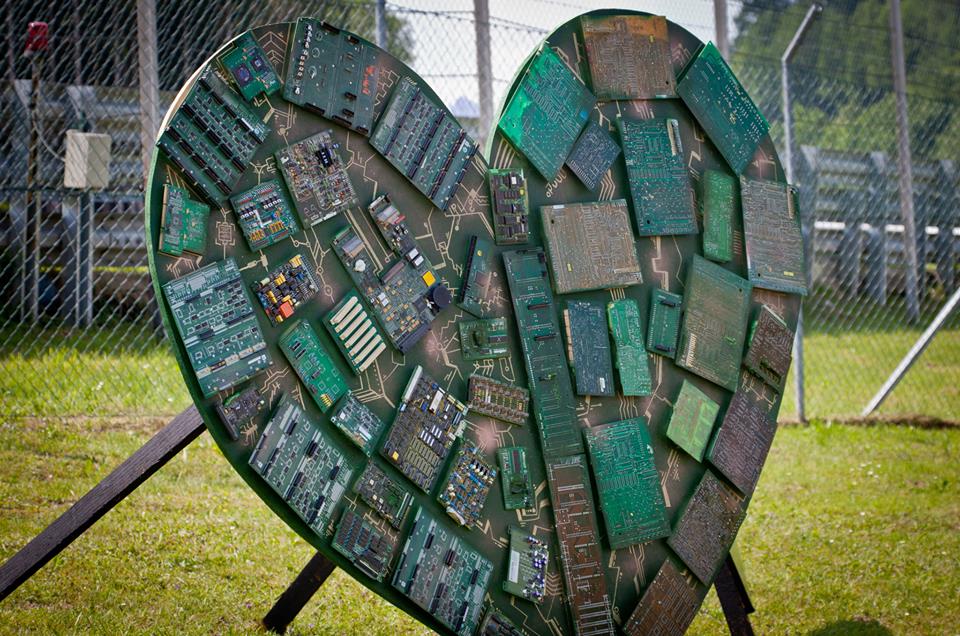 Having taken this in-depth look at Electric Love, we’re all in hope of making your experience a little better. If you are still looking for more information, we recommend you to check out our 2013 coverage here.