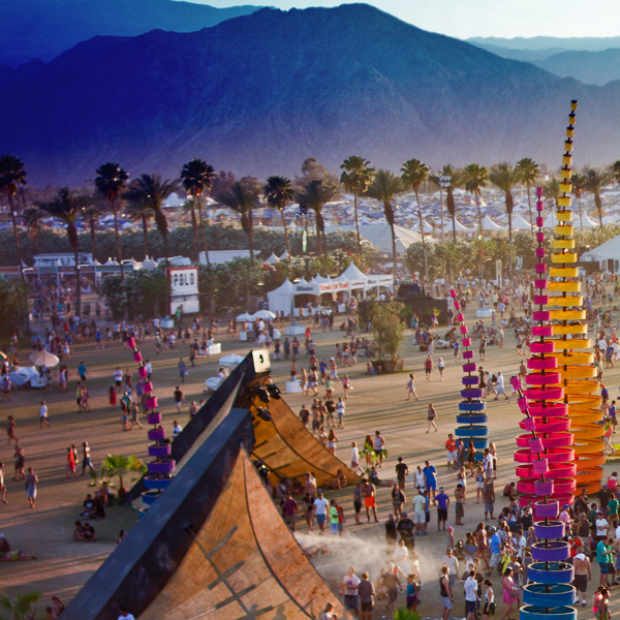 Annualy held at the Empire Polo Club in Indio, California since 1999, 2014 marks the only second year that the highly regarded Coachella Valley Music and Arts Festival takes place accross two weekends. With just two days remaining until kicking off it’s 15th edition, the set times for the first week have yet been announced, and as expected, it is rife with conflicts that scratch festival goers’ eyes out. But that’s hardly surprising in case of a lineup like this year’s. Fully filled with exceptional talents such as Ellie Goulding, Flume, Bastille, Aloe Blacc, Tom Odell, Michael Brun, Zedd, Deorro, Duke Dumont, MGMT, Pharrell Williams, Lorde, Capital Cities, Galantis, Skrillex, Calvin Harris, Disclosure, Lana Del Rey, John Newman, Rudimental, Alesso and Krewella, to really just name a few, the artist roster of this 15th Coachella Festival ensures that fans of any music-style are in for a treat.

Read on, take notes, call your friends and begin the impossible task of creating your own schedule. 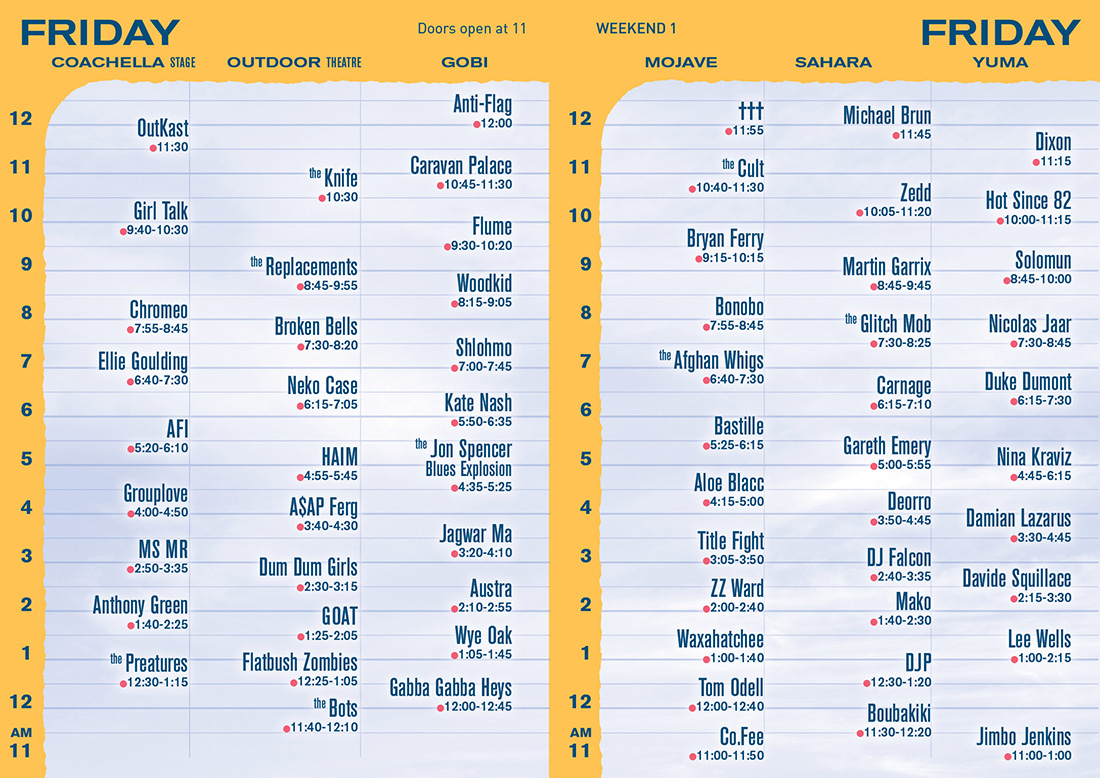 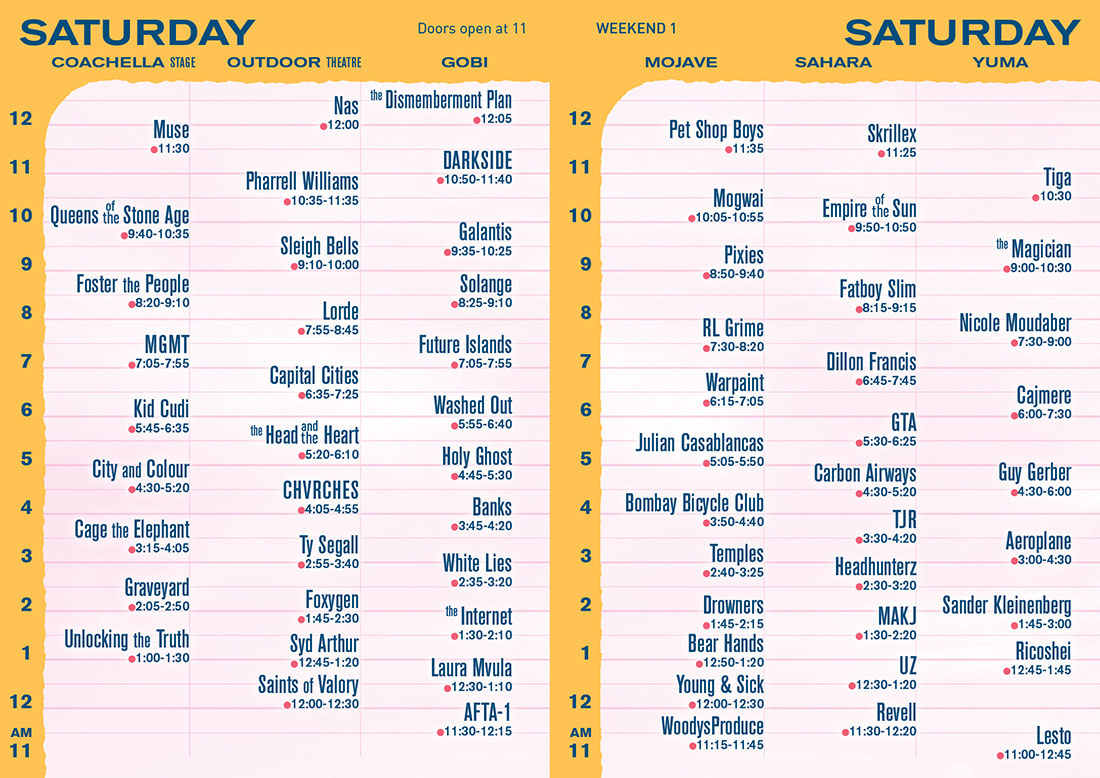 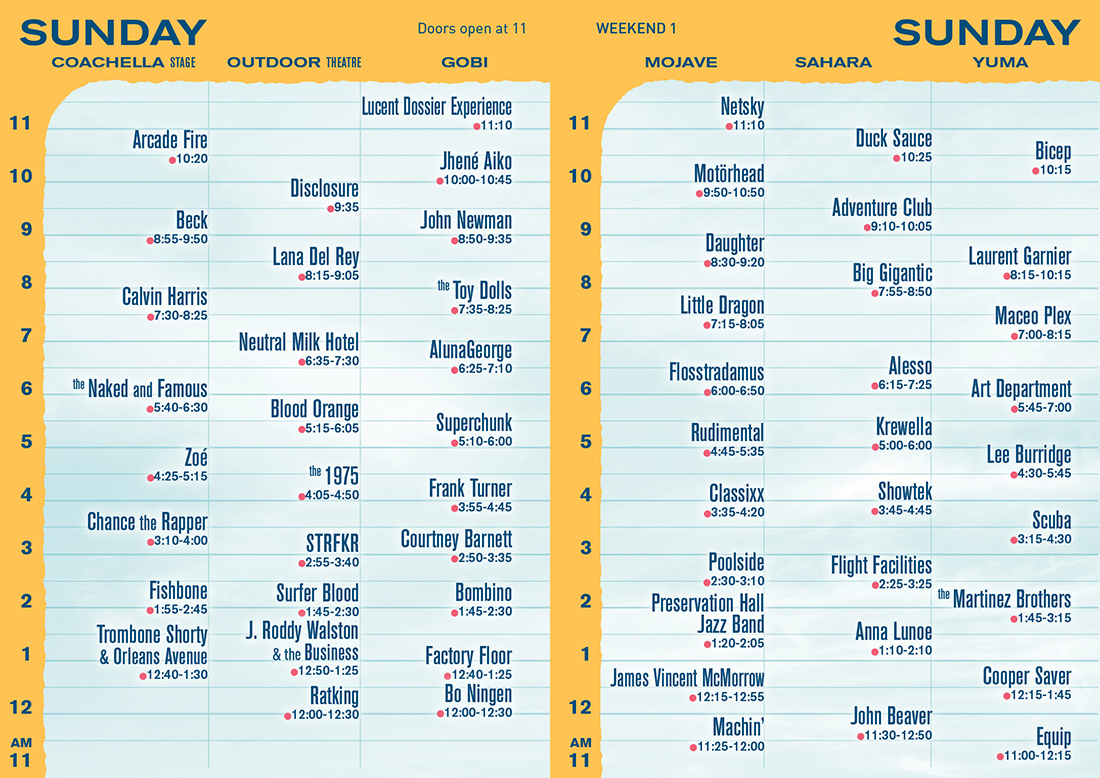 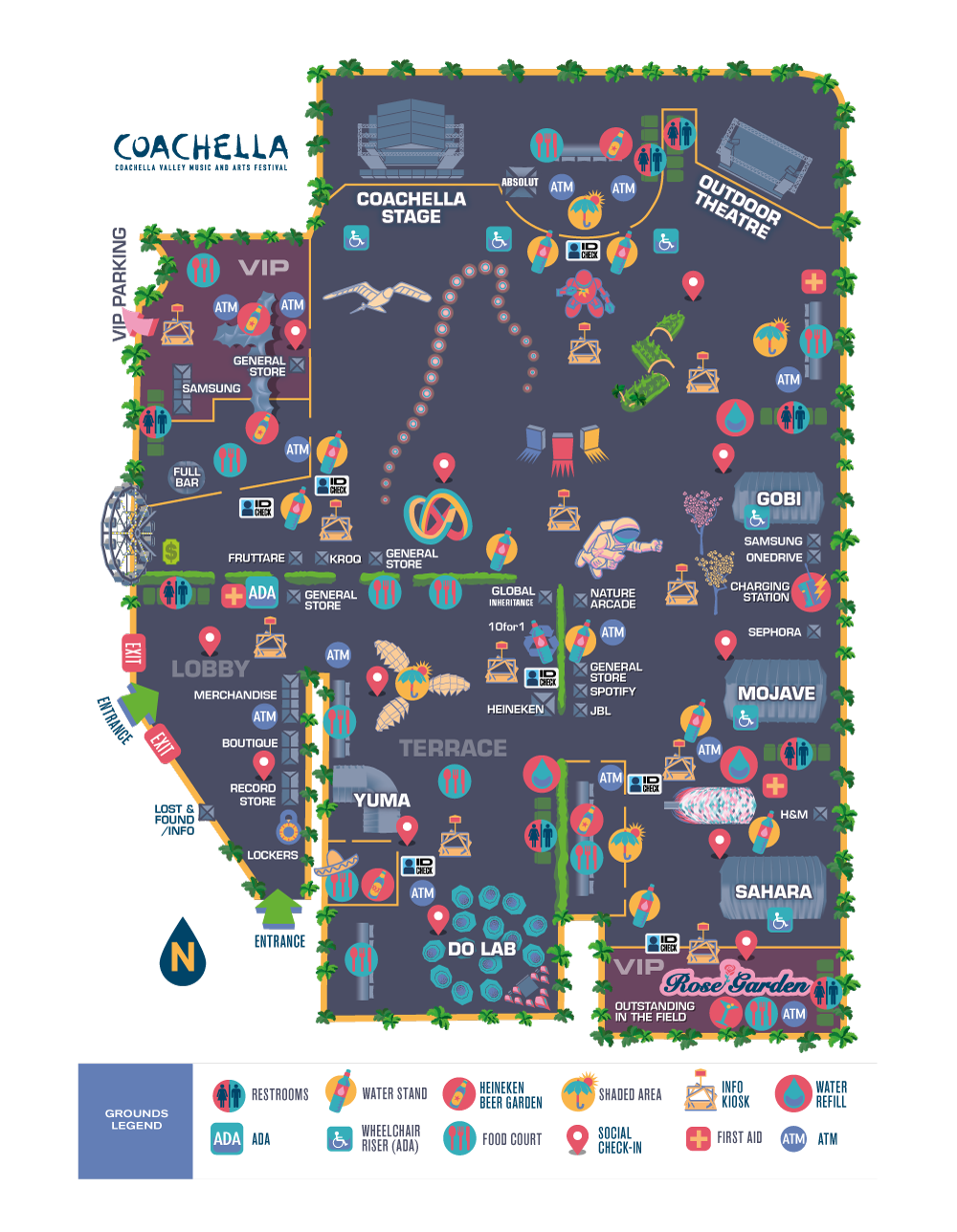 And even for those who haven’t got a ticket or can’t make it to Coachella for any other reason; there is absolutely no reason to mope as both weekends are set to be streamed for the first time ever. Whilst the first weekend ( April 11 – 13) will be streamed through their YouTube channel, enabling viewers to watch numerous festival performers live, the second weekend (from April 18 – 20) will be broadcast via AXS TV, offering 20 hours of live footage and artist interviews.

Make sure to receive all instant news and info updates through the Coachella app, which can be downloaded here.