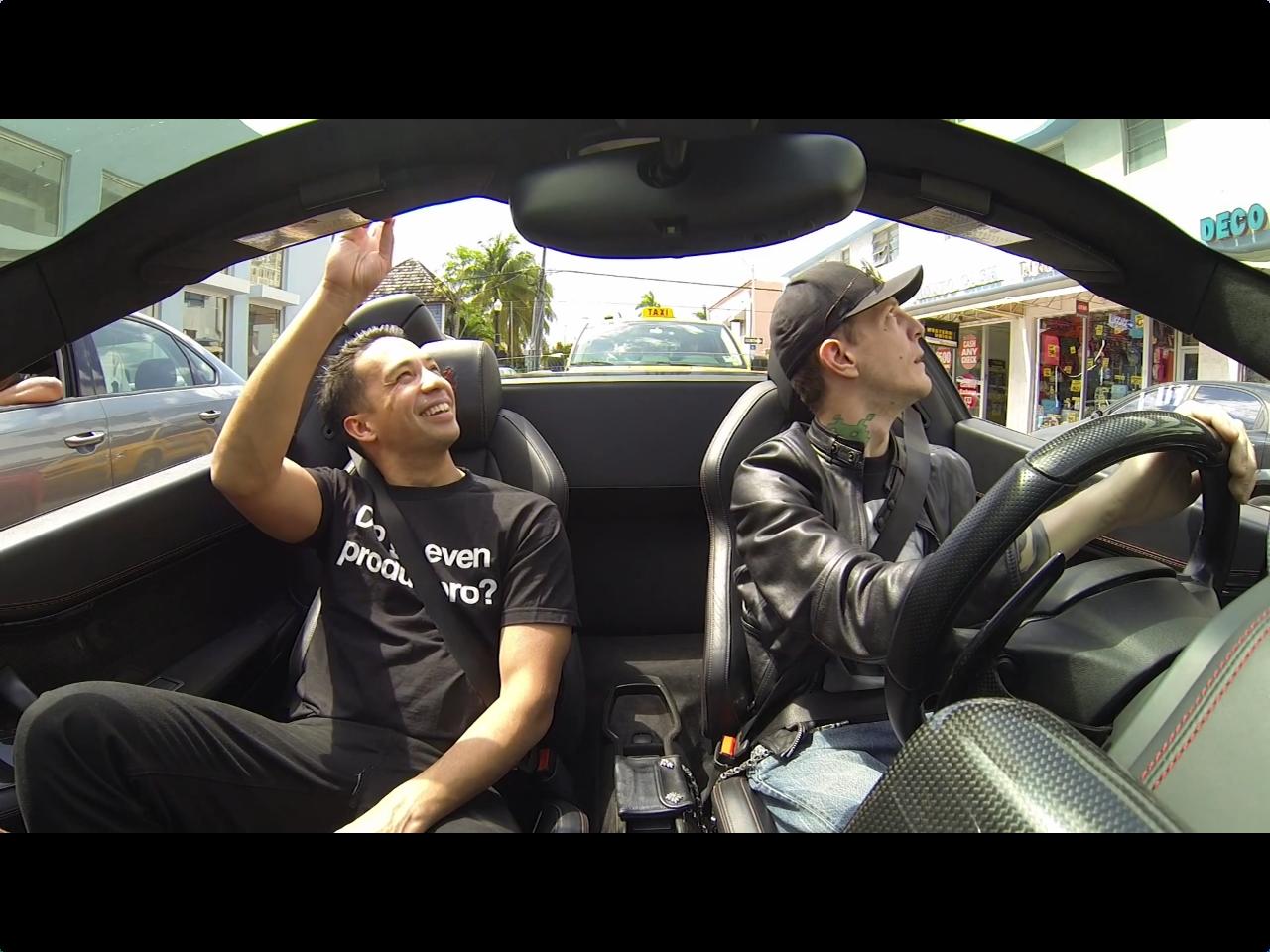 We’re getting used to that ritual and we still love it. Quite often now, Deadmau5 drives producers or random guests around town in his Lambo to go buy a coffee. The whole journey is being filmed and you get to watch a cool chill chitchat between him and the invited artist. A different way to look at things.

This time, the guest is Laidback Luke. The pair went for the coffee run in Miami, a couple days before Luke had to cancel his gig at Ultra so he could be there for his first daughter’s birth.

One of the funniest coffee run was Zedd’s. The poor russo/german producer looks pretty impressed and quite shy as he chills with Deadmau5