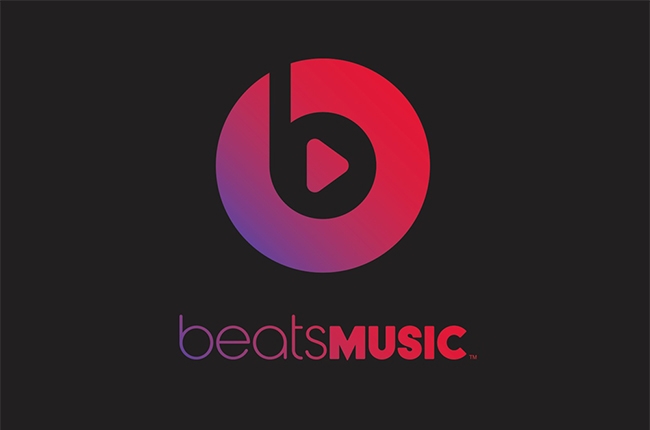 It has long been rumored if and when Beats Electronics will launch their own music streaming service. Well, Beats Music just entered the app stores this Tuesday and therefore started facing off with a number of entrenched competitors, including Rhapsody, Spotify, Slacker, Muve Music, Rdio, Xbox Music and Sony Music Unlimited. And, with Google Inc.’s YouTube and France’s Deezer expected to launch their services within the next months, the competition in this field is going to get even stronger.

Spun out of headphones maker Beats Electronics and programmed by a strong editorial team of music experts with experiences across all genres, the Santa Monica based service is headed by five men that have long ceased to be unknown faces in the industry:

Similar to services from the dominant players on the market, it initially offers a 7-day free trial, costing $9.99 a month afterwards. Customers then get full access and unlimited use of over 20 million songs, are able to download albums offline and can create playlists among some other features.

Logging on for the first time, customers see a bubble-like interface that asks to pick their favourite genres. Unfortunately, the interface disappears once the customer is done selecting and, for now at least, can’t be edited afterwards. Beats Music then serves up a home page filled with suggestions that fit to the selected genres. 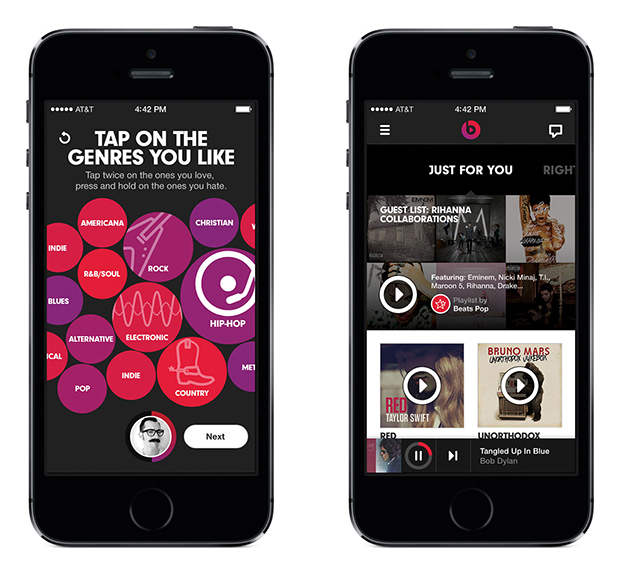 Using advanced machine learning algorithms to perfect the individual recommendations for every listener, the app also features a Right Now tab which is probably the centerpiece of the service. Users just need to select where they are, what they’re doing, whether they’re with friends and what mood they’re in and the service then dishes up an endless playlist designed to suit the current circumstances. 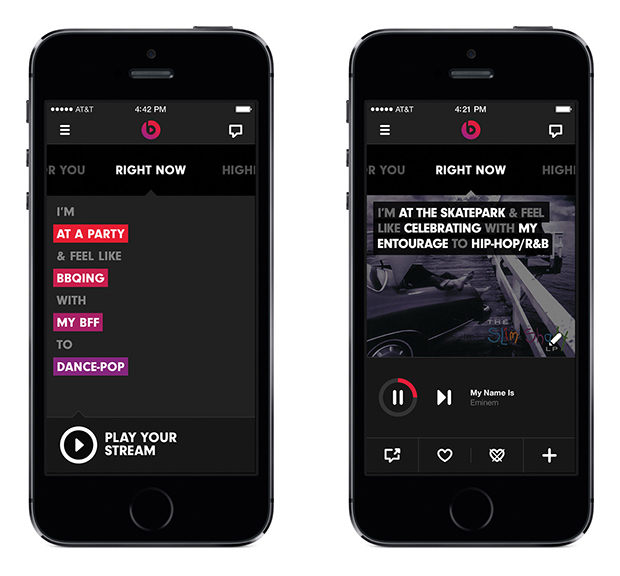 A further main tab is the Highlights section, which shows themed playlists, created by the services curation staff consisting of about 30 curators that are experts in their genre. Those will create three to five playlists a week, which enables the customers to be up-to-date at any time. 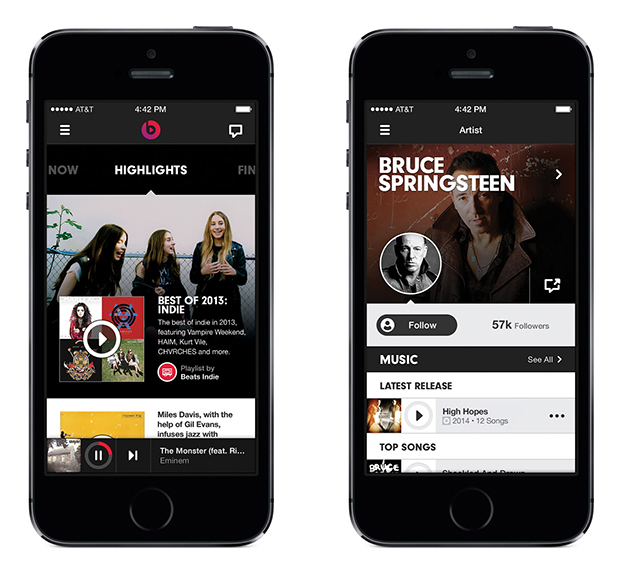 An indispensable part nowadays is of course interfacing such applications with social media platforms. Therefore many pages allow users to say whether they like what they’re listening to or not as well as sharing tracks or playlists on Facebook and Twitter. Furthermore customers are able to follow other listeners, the curators and artists.

However, Beats Music is yet only available in the United States, but will soon also be available in other countries.