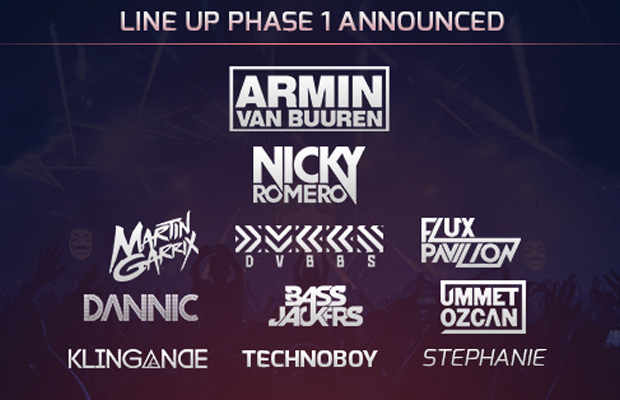 Having laid the foundation with its first run last year, Electric Love is set to blow up to one of Europe’s highest regarded electronic music festivals in 2014. Tackling the new year with an entirely new logo, the three-day affair has now released a first line up announcement with plenty of highly acclaimed artists on board.

Still riding on a tidal wave of success from ‘Intense’ and the therein included summer hit ‘This Is What It Feels Like’, Armin Van Buuren tops the bill, closely followed by Nicky Romero, Martin Garrix, DVBBS, Flux Pavilion, Dannic, Bassjackers, Ummet Ozcan, Klingande, Technoboy and DJ Stephanie. With this being only the second go for Revolution Event’s flagship event, Electric Love is well on the way to cause ripples all over Europe soon.