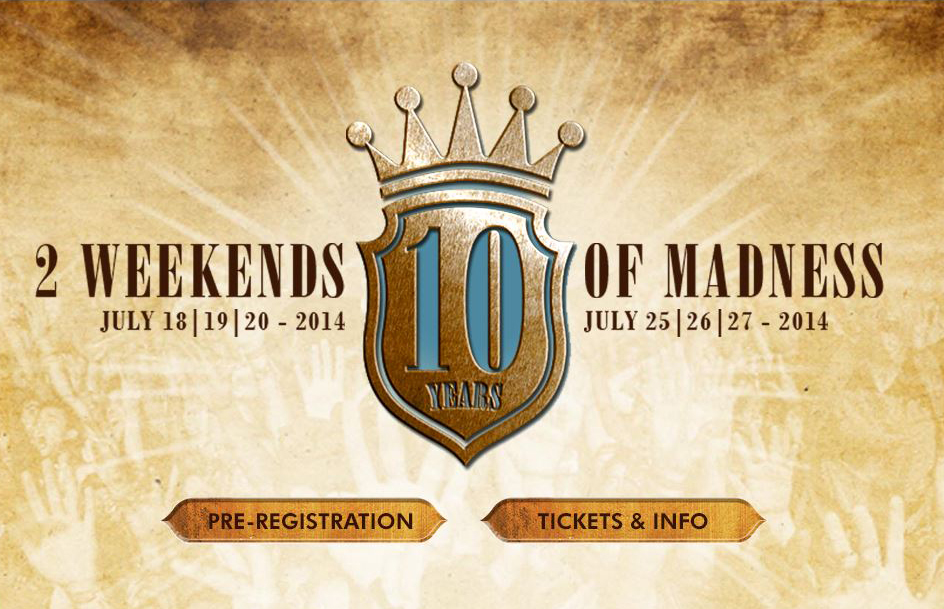 January the 13th, 2014. The race for snatching tickets to the perhaps most desirable music festival in the world has just begun. On the dot of 11am multiple awarded TomorrowLand opened the pre-registration for this year’s edition to puplic. And it’s gonna be a special one.

Ten years have passed yet since TomorrowLand has opened its doors for the first time. On the occasion of this 10th anniversary, the normally over-one-weekend event will not only take place from 18th to 20th July, but also on the subsequent weekend from 25th to 27th July. This expansion might also entail a lowering of the notoriously fast sell-out rate due to the consequently double amount of available tickets. However, electronic dance music fans should better not speculate on that.

Irrespective of whether you are a first-timer or a frequenter, the crucial first step for attending TomorrowLand is now yours to complete. Pre-registration for 2014 ticket sale runs until Saturday 15th of February 12PM (CET) and is essential to get access to the ticket shop on day of ticket sale.